Minimum Wage and Franchising: A View from the Trenches 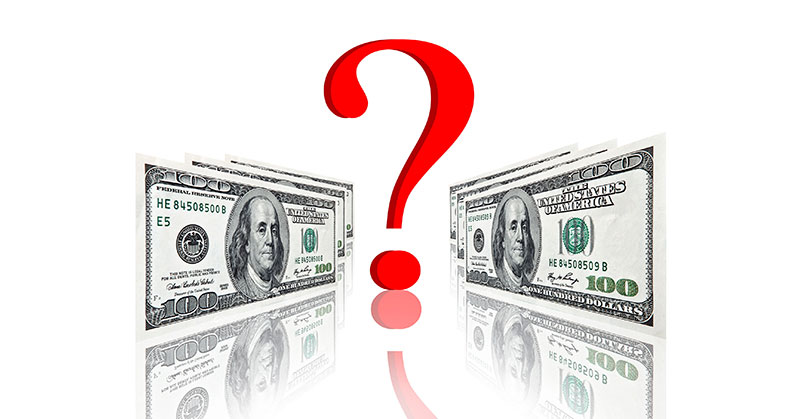 Connecticut is a remarkable place to live and raise a family. We sit between New York, Rhode Island, and Massachusetts and are surrounded with extraordinary cultural opportunities, world-class educational institutions, decent roads, railways, and great airports. We should be the perfect place to attract new business and should be leading the nation in job creation.

Connecticut is as blue a state as there can be. We are over taxed, over regulated, and have been legislatively micromanaged into a ditch. GE and the insurance industry are relocating, and the only manufacturers left are defense contractors. We are near the bottom in the nation in private sector job creation and economic investment. Connecticut attempted to fix its budget this past year by taxing employers $1 per employee hour if they did not pay a super-premium minimum wage of $15 - despite the fact that the state's current minimum wage is $9.60.

Legislation was also proposed to mandate a minimum work week in some industries. Both failed to pass. The new tax on job creators was to offset the increased social services budget stemming from unemployment and underemployment. The state was exempted from paying the higher wage under the theory that it would hire some of the private sector workers who lost their jobs in order to better provide social services to the folks who lost their jobs because of the new tax. Even in California that logic would make Nancy Pelosi blush. Connecticut has become the most creative anti-business state in the nation.

In 2015 I was appointed to the Connecticut Low Wage Employer Advisory Board. We were legislatively created to look at increasing the minimum wage following the failed attempt to increase the minimum wage from $9.60 to $15. The board is composed of very talented professionals, mainly drawn from unions, government workers, affiliated lawyers, and two academics. Until very recently I was the sole person representing the interests of business but we have since added two more. That is considered a balanced committee in a blue state. We have had public hearings, and it is impossible not to feel empathy for those who testified. As elsewhere, the need for an increase in earnings for a sizeable portion of our workers, many who are minorities, is serious and must be addressed. It's really past time to find a sustainable solution, but raising the minimum wage is not one of them.

It's fashionable today to tell hard-working low-wage employees that they should be content with having a minimum wage job as a career designed to support a family. The minimum wage was never intended as a "living wage," nor was it meant to support a family. While the discussion is not intended to have any racial component, the impact of what we do will likely have a disproportionate impact on minority workers. Compounding the problem is that the companies that actually hire unskilled and minimum wage workers are least able to afford a wage increase today.

Consider the average "profit per worker" for the top 25 members of the Fortune 500. Excluding Walmart it is $124,588 profit per worker. These are companies primarily in the banking, telecommunications, oil and gas, and technology industries and don't generally recruit a lot of unskilled, entry-level minimum wage workers. The average profit per worker for the 14 franchisors included in the Fortune 500 is only $5,625. These companies are primarily in the restaurant and hotel industries and are the major employers of minimum wage workers. Even if you transferred 100 percent of their profit per worker directly to the low-wage employee, it still would not be sufficient to achieve a solution, nor would it be sustainable.

Without a doubt many low-wage workers are part of the problem that is causing their lack of marketability at higher pay scales because of their lack of education, training, skills, job history, and other factors. An increase in the minimum wage is not going to fix these foundational problems. Raising the minimum wage is not economically viable unless you offset the increased labor cost with a dramatic increase in prices, and that does not work unless you discount the losses in consumer transactions. What will be achieved is fewer new jobs created, fewer existing jobs and hours available, and acceleration of technology to further reduce the need for labor. At best we will be left with higher wages for some and a higher level of permanent unemployment and underemployment for others, resulting in generational poverty.

Personal service type labor will not be immune. The TSA will soon be using biometrics to shorten lines at airports, improving security and reducing staff. We already have fewer airline staff checking us in for flights, and biometrics will soon be used to speed onboarding with fewer staff required. Quick service and fast casual restaurants are already adopting tablets for ordering and payment to reduce counter and wait staff. Nurses and home health care workers are being replaced by telemedicine practices. Hotels are offering discounts if you do not need your rooms serviced daily, and since I received an app it's been a long time since I checked in at a hotel's front desk. Technology is replacing workers at a rapid pace.

Andy Stern, past president of SEIU, recently said, "I believe that this is not our father's or our grandfather's economy, that the 21st century will not be employer-managed. It's going to be self-managed, because the growth in alternative work relationships - contingent, freelance, gig, whatever you want to call it - is clearly going to increase. Although the economy can grow in terms of GDP and productivity, it no longer means there will be wage growth or job growth, as opposed to the 20th century."

Reasonable discussions can be had regarding regional differences or possibly including a different minimum wage for trainees or students. But these are not solutions, only attempts to make a bad situation slightly more politically palatable. Despite what the SEIU may claim, franchisors and franchisees are not joint employers. And even if you brought system profit per worker down to zero it would not be sufficient to solve the problem, nor is it sustainable. It's merely a back door to union organizing.

The lack of an acceptable annual income affects too great a percentage of the families in our country, many of them minority workers, and it serves no purpose to reach for short-term, politically attractive solutions that negatively affect long-term objectives. Our significantly constrained governmental and private sector resources further compound the problem. There are no easy solutions but there are a few possible paths to consider.

1) Social services are essential for low-wage workers to survive, and we can't continue to penalize low-wage workers when they begin to earn more (as we do now). Government should partner with private enterprise, better skilled at operating efficiently, to look at ways to improve the costs and methods for delivering social services.

2) Barriers to job creation need to be removed, including rejecting the fissured economic philosophy advanced by David Weil of the DOL and by the NLRB. We live in a technologically driven economy; forcing 19th and 20th century labor practices onto a 21st century economy is illogical and destructive.

3) We need to begin helping low-wage workers by investing in training needed for them to gain entry-level jobs and then continue our assistance by helping them advance into careers that pay more. The private sector in franchising is playing its part. It's now time for the public sector and the unions to help.

4) We need to ensure a quality level of education and measure the performance of schools and teachers as the private sector does with its own workers. We need to increase opportunities for tradespeople through improved training and job counseling in affected communities. This was the historic role played by labor unions until they began to focus their resources into political donations to prop up their failing membership numbers.

5) Unions are a major part of the problem and need to be transformed. They are a protected class as workers are forced to join and pay dues if they want to work for many companies or government agencies. Private sector customers on the other hand can choose where to shop and can even decide to not buy at all. Most union members have never been given the chance to ratify their unions since ratification took place 60 years ago by workers who long ago retired or passed on. Union members should be allowed to annually recertify their unions to restore a balance in the labor industry and force unions to adapt to the needs of their members. The continuation of public sector unions also needs to be examined as public labor costs are crowding out our ability to fund improvements in the economy.

Continuing to attack the private sector for our economic problems must stop. Business is adaptive and will control its labor costs by reducing its need for workers if the minimum wage is increased. We need to instead begin to focus on real, sustainable solutions or we will cause generational poverty. The problem is real and needs to be addressed with priority.

Michael Seid is managing director at MSA Worldwide and a member of the Connecticut Low Wage Employer Board. Contact him at 860-523-4257 or mseid@msaworldwide.com.

Franchise Development Is Up: But will the growth capital be?
Spring Cleaning: 4 actions to ensure your books are accurate
Sponsored
Innovation and Unit Economics Continue Driving East Coast Wings + Grill
5 Signs It's Time to Find a New Accountant for Your Business
Partners in PE? Private equity, meet multi-unit franchisees!
Blueprint for Growth, Part 3: The value of a solid cash flow plan