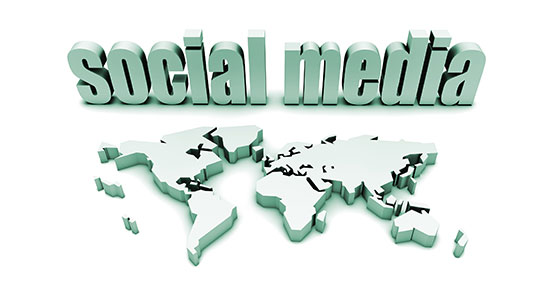 Scott Galloway, Stern Professor of Marketing at New York University, gives a fast and furious analysis of the future prospects of the four biggest digital brands: Facebook, Google, Apple, and Amazon (which Galloway says have a combined value of $1.3 trillion, greater than the GDP of South Korea). Buckle your seatbelt before hitting Play on this fast-paced 15-minute video.

It’s always worth knowing about more good places to find free images online. Stock photography can be expensive and often lacks the freshness and spontaneity found among the billions of images on the web. But many images are copyrighted, and it’s both unethical and potentially risky to pirate them. Stay safe, do right, and explore the many great images that are available free. “I’ve lost count of the posts I’ve pinned, sent to Evernote, or emailed to myself that round up great places to find free images on the Internet. To save myself that headache (and hopefully you too!) here they all are, finally, in one place,” writes Stacey Roberts, managing editor of ProBlogger.net. Bonus: the nearly 100 comments contain suggestions for additional sources for free images.

Google+ on the way out?

It looks like Google is close to throwing in the towel on Google+ as a competitive social network, according to blog on Newsnish, an online news portal. The mega-company recently announced two new products, named Google Photos and Google Streams, that suggest imminent rebranding for Google+, which has never succeeded in its mission as Google’s “Facebook killer.” A brief history (obituary?) of Google+ from the article: “The social network, which launched as an invitation-only program in June 2011, has endured a turbulent history. Originally lauded as a ‘Facebook killer,’ with many scrambling for the limited invites available at launch, the network tumbled in popularity shortly after its unveiling. It soon forced all people with a Google email address to create a profile, drawing the ire of those who preferred to simply use Gmail without a networking element. Privacy concerns surfaced, and the initial enthusiasm died down, leaving something akin to a digital wasteland. Last April, Vic Gundotra, who ran Google+ for several years and had worked at Google for eight years, suddenly left the company.”

Facebook has added the ability for friends to send money to each another using its Messenger service, as easily as they can send messages or photos. Facebook is stressing how seriously they are taking security in the new service. It’s free, and will be available on the desktop and on the Android and iOS mobile platforms. “This looks like it will mostly be used between friends at first, for splitting bills or sending money to one another, but I could see there being a much bigger application for purchases made through Facebook. Is this just the first step to simplifying the way Facebook businesses are able to sell to customers?” asks Ronnie Charrier, a social media strategist with Northcutt, a Chicago-based inbound marketing agency, writing on Social Media Today.

Twitter has taken a free-speech-friendly stance in a case heard in the Western District of Washington regarding the right of a corporation to require Twitter to identify the holders of accounts that tweet derogatory posts about the corporation or its CEO. The court originally ruled for the plaintiffs, but Twitter asked for a reconsideration, and the court has allowed the accounts to remain anonymous. Venkat Balasubramani, principal at Focal PLLC, a Seattle law firm, analyzes the decision on Technology & Marketing Law Blog.

Daniel Lieberman is the founder of Daniel Lieberman Digital (“I speak Geek – You don’t need to”). Based in Shelburne Falls, Mass., he helps companies, organizations, and individuals learn to use the Internet to communicate, market, and brand themselves using the most up-to-date tools and techniques. Contact him at 413-489-1818 or daniel@daniellieberman.org.

Marketing Trends: Martech Stacks, Gamification, Apps vs. Websites,...
Lead Nurturing Guide: 7 Steps To Set Up Your Next Campaign
Sponsored
Owl Be There Perfects the Path to Work-Life Balance on the Road to Growth
How To Use "Selling with Storytelling" To Boost Retail Sales
Consumer Marketing News, Views, and Reviews: June 2022
Unity Rd. Leverages Guest Feedback and Online Reviews To Reach Customers