According to statistics released last year by the Bureau of Labor Statistics, veteran unemployment was at its lowest level in seven years, and veterans are twice as likely as nonveterans to pursue entrepreneurship. JDog’s mission is simple: to put 10,000 military veterans to work by the year 2025.

“The significant growth we experienced across the nation is largely thanks to the tremendous dedication of our franchisees and the support of JDog customers across the country,” said JDog Founder and CEO Jerry Flanagan. “As we continue to build our footprint, we will remain committed to offering viable career opportunities for U.S. veterans and their families.”

Expansion in the coming year will be driven by franchise deals already set to bring new JDog services to the states of Oklahoma, New York, Indiana, Rhode Island, Ohio, Virginia, and Georgia, as well as a 10-unit franchise agreement signed earlier this year for Arizona, Missouri and Louisiana. JDog plans to have 133 locations up-and-running by the end 2016. The company has attracted a record number of franchise inquiries due to its experienced leadership team and strong sales to investment ratio.

“JDog has a proven formula for success that leads to significant growth and profitability for franchisees,” said Steve Devaux, who owns three JDog franchise territories in Pennsylvania. “Joining the JDog mission offers an opportunity to not only support fellow veterans, but also to give back to local communities.”

JDog sells franchises exclusively to military veterans and their family members. Franchise owners operate easily recognizable, camouflage vehicles and trailers and wear military-style uniforms. JDog recycles and repurposes a substantial amount of the collected material. The Philadelphia-based company works closely with local and national organizations like Goodwill and Habitat for Humanity, as well as local schools, churches and hospitals to donate useful items to those in need.

JDog Junk Removal & Hauling is a national company that awards franchises exclusively to military veterans and veteran family members – people who understand the notion of service to our country, hard work, and dedication. The company is committed to offering its proven operating model to veterans and military family members, enabling them to realize the American dream of business ownership. JDog has awarded franchises in California, Pennsylvania, Texas, Louisiana, South Carolina, Illinois, New Hampshire, North Carolina, and South Carolina and is actively looking for qualified franchisees to join the JDog movement nationwide. For more information on JDog Junk Removal & Hauling, please visit www.jdogjunkremoval.com. 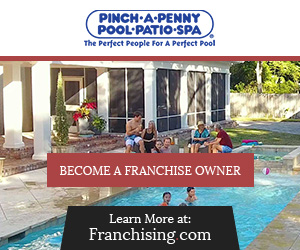