July 17, 2017 // Franchising.com // OVERLAND PARK, Kan. – With 18 openings already this year, TITLE Boxing Club, the nation’s leading boutique fitness studio specializing in boxing and kickboxing fitness classes, announced today it has expanded its senior leadership team to further aid in the nationwide expansion of the brand. Marty Mazer has been named the new Vice President of Franchise Development for TITLE Boxing Club, bringing with him a wealth of industry knowledge and an impressive track record of franchise sales success.

With years of experience in large-scale development in both domestic and international settings, Mazer has been instrumental in restructuring and working with both private and public companies. Prior to his role at TITLE Boxing Club, Mazer spent 80 percent of his career in the franchise industry. From Bally’s Health and Tennis Inc., to his most recent role as President of Opportunity Tax and Service, Mazer has been responsible for identifying and developing franchise sales and lead generation channels for multiple high-level organizations.

"We’re pleased to welcome Marty to the TITLE Boxing Club team and have no doubt that his experience will be a huge asset as we work towards our goal of continued growth," said Susan Boresow, President of TITLE Boxing Club. "We truly believe TITLE Boxing Club’s potential for success is limitless, and are committed to our brand’s future and we look forward to accelerating our franchise successes to take the company to new levels."

In his new role at TITLE Boxing Club, Mazer will be tasked with providing strategic leadership and direction for the franchise sales division in addition to putting systems in place that will improve the overall franchise sales process. Mazer is also looking to improve the prospecting process for franchisees and streamline the company’s lead generation strategy. Mazer’s growth goals include adding successful franchisee to the brand in an effort to expand to 500-700 clubs in the next three years.

“I have always had a passion for health and fitness TITLE Boxing Club is a great concept with a lot of potential,” Mazer said. “The leadership team has done an outstanding job in developing the brand thus far and I look forward to leading the franchise sales team to further success.”

Founded in 2008, TITLE Boxing Club started franchising in 2009 and has since exploded domestically and has plans to continue its expansion internationally as well. TITLE Boxing Club is looking to expand in the U.S. and Mexico and will look to grow in international markets, including Canada, Columbia, Dominican Republic, Brazil and Puerto Rico.

TITLE Boxing Club, a Franworth company, is a boutique fitness studio that specializes in boxing and kickboxing fitness classes. Based in Kansas City, the company has over 160 clubs open and operating across the country and another 250 in development. The brand is currently ranked on Entrepreneur magazine’s prestigious Franchise 500 list and No. 1607 on the 2016 Inc. 5000 list of American’s fastest-growing, privately-held companies. Inc. magazine also ranked the brand as one of the Top Kansas Companies in 2016. In addition, TITLE Boxing Club is No. 387 on Franchise Times Top 200 (Plus 300) list. To learn more about the fitness franchise opportunity, visit https://titleboxingclub.com/own-a-franchise/. 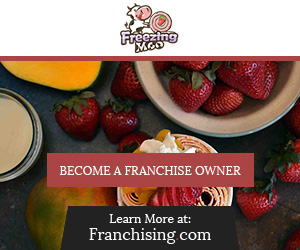