November 04, 2019 // Franchising.com // ATLANTA - Taffer’s Tavern, the innovative restaurant concept created by award-winning hospitality expert and world-renowned business consultant Jon Taffer, signed a lease to open its first franchise location in the nation in downtown Alpharetta, Georgia. Located at 33 South Main Street, Taffer’s Tavern is situated in the Liberty Hall building directly across from City Hall and is anticipated to open by February 2020.

“I worked with Jon on a ‘Bar Rescue’ renovation and witnessed firsthand his expertise and heightened understanding when it comes to the restaurant and bar experience,” said Seth Chandlee, CEO of Chandlee and Sons Construction and founding partner of Five Guys Taverns, LLC. “The idea of ‘tavern dining’ is a timeless concept rooted in community, which makes Taffer’s Tavern the perfect addition to Alpharetta’s historical downtown area.”

“The casual dining segment has become stale and predictable in recent years – customers are no longer satisfied with a simple hamburger on a plate,” said Taffer. “Taffer’s Tavern is purposefully designed to disrupt the industry by combining advanced technology solutions with elevated cuisine, effectively delivering a first-rate dining experience for customers while maximizing investment for franchisees. Alpharetta is growing in popularity and rated as one of the best places to live in the country, making it a prime market to establish Taffer’s Tavern and set the stage for future state- and nationwide expansion.”

To facilitate growth for the emerging brand, Taffer has partnered with Fransmart, the industry-leading franchise development company behind the explosive growth of brands like Five Guys Burgers and Fries, and Qdoba Mexican Grill, as the exclusive franchise development partner for Taffer’s Tavern.

Together with Fransmart, Taffer is currently seeking experienced franchisees to continue bringing the Taffer’s Tavern concept to the 50 largest media markets throughout North America.

Jon Taffer is a highly-reputed entertainer, entrepreneur, consultant and thought leader with more than 35 years of success in the entertainment, hospitality and nightlife industries. Leveraging extensive global experience with powerhouse brands and award-winning ventures, Jon is a valuable asset for companies seeking guidance on transformation, training programs, and “reaction management strategy.” His broad areas of expertise include product and brand recognition, merchandising promotions, customer acquisition, product marketing, go-to-market strategy, television, and public speaking. Starring as the host and Executive Producer of Bar Rescue on Paramount Network, the high rated show just wrapped its seventh season. Bar Rescue is a non-scripted reality show that spotlights Jon as he saves failing bars from looming closure, utilizing his four decades of unprecedented industry experience and trademarked Reaction Management strategy to consult on everything from menu design to cost management. Concurrently, Jon runs Taffer Virtual Teaching, his digital teaching platform, and Taffer Dynamics, his business consulting firm. Over the years, he has consulted for a range of well-known brands, including the NFL Network, Ritz-Carlton Hotels, Hyatt Hotels, Marriott Hotels, Holiday Inn Hotels, Sheraton Hotels, Intercontinental Hotels, Peninsula Hotels, TGI Fridays, Buffalo Wild Wings, Famous Dave’s Barbecue, Wolfgang Puck Express, Anheuser-Bush and the N9NE Steakhouse at Palms Casino Resort. Jon has been featured in numerous international publications such as Forbes Magazine, Entrepreneur, Rolling Stone, and The New York Times, among other prominent media outlets. He has appeared as a guest on shows ranging from Rachael Ray to Jimmy Kimmel Live to Good Morning America and continues regular appearances on Varney & Co. on the Fox Business News, and as a guest on many other major news networks. In addition, Jon is the author of the best-selling book “Raise the Bar: An Action-Based Method for Maximum Customer Reaction” and his new book “Don’t Bulls*t Yourself,” which stomps on the excuses holding people back from their own success in life and business. For more information, visit www.jontaffer.com. 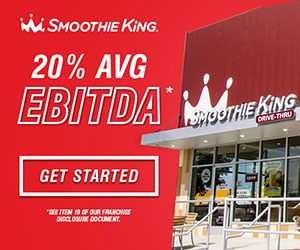