Graze Craze is part of United Franchise Group™ (UFG). Graze Craze was previously led by UFG’s Chief Operating Officer, Brady Lee, who served the brand in tandem with his role as COO. Hibbard joins Graze Craze in a fully designated position; Lee will continue his responsibilities as UFG’s COO.

“We wanted to have a dedicated president for Graze Craze to lead the brand through a pivotal period in its development, so we are so excited to have Cory join the team. He has been with UFG for eight years and was instrumental in the success of one of our brands, Transworld Business Advisors,” said Ray Titus, CEO of UFG. “Cory has proven himself to be a strong and capable business leader, and we couldn’t think of anyone more fitting to come into this special brand and take it to new heights.”

Cory Hibbard joined UFG in 2014 after graduating from Palm Beach Atlantic University where he now serves on the board for the Titus Center for Franchising. He spent the last seven and a half years of his eight-year tenure at UFG with Transworld Business Advisors where he fulfilled a variety of responsibilities during a significant period of growth for the brand. He served as a Franchise Support Manager and TBA’s Director of Operations before being appointed as Vice President of Operations where he oversaw the support team, digital marketing initiatives, national accounts, franchise owner relations, and overall network success. 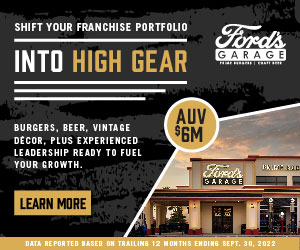