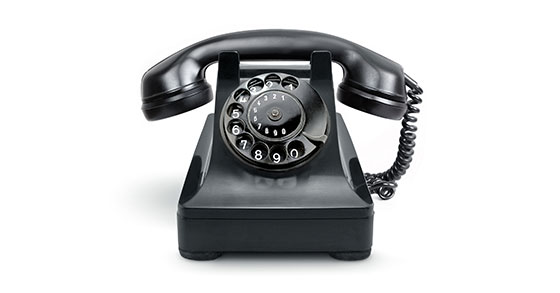 In the following months, FUSR will present highlights from the 2015 Annual Franchise Development Report (AFDR). The report is based on responses from 139 franchisors representing 36,313 units (32,693 franchised and 3,620 company-owned). This week: telephone mystery shopping results. Ordering information can be found below.

This year's telephone mystery shopping, conducted by Marc Kiekenapp & Associates, contacted 146 brands to gauge the quality and timeliness of their response to a phone call from a mystery shopper posing as a qualified prospect.

Kiekenapp found some improvement, but many of the basics were still lacking at too many franchise brands. One in 12 brands (8 percent) somehow managed to have either no phone number or a wrong number on their website. And only 1 in five (22 percent) had a sales staff member available for that crucial first phone call. The good news is that all the numbers for incoming telephone inquiries have improved from previous years. Although the sales team at 1 in 10 brands never returned the call, that number is half of what it was in 2012, and about 60 percent lower than it was in 2014. When asked what constitutes a good response to a phone call from a qualified prospect, the panel of sales pros who discussed the results at Franchise Update Media's Leadership & Development Conference last October, agreed on two things: 1) always take a phone number, and 2) present the next step last, at the end of that initial call.

"If you get a phone call, have something you agree on that all will do, and in what order," said Conference Chair Greg Vojnovich, chief development officer at Popeyes Louisiana Kitchen. Yet, astonishingly, during the qualification process, half did not take the caller's phone number.

The relatively good news here is that this number is down from two-thirds not taking a phone number in the two previous annual surveys. While the percentage of those who qualified start time roughly tripled from the preceding 2 years, the number of sales staff who qualified experience on that first call fell by more than half. As for presenting the next step, half (49 percent) did, up from last year, but down from 2012. The complete 2015 AFDR, with analysis and benchmarks, is available for $199. New this year is a 5-video package that includes videos of presentations from this year's Leadership & Development Conference. The package, at $299, also includes the 2014 AFDR for comparing year-to-year survey results. For ordering information, call Sharon Wilkinson at 800-289-4232 x202, email sales@franchiseupdatemedia.com, or visit franchiseupdate.vizigy.com.

New Book: "Franchising Strategies - The Entrepreneur's Guide To Success"
How Express Employment Professionals Works with Franchise Brokers
Sponsored
American Freight Grows Team, Adds Vice President of Franchise Development
Just Getting Started? Sound Advice for Emerging Franchisors
Founders: When Is the Right Time To Franchise - and How Do You Know?
Finding the Right Spot for a Franchise is an Artful Science