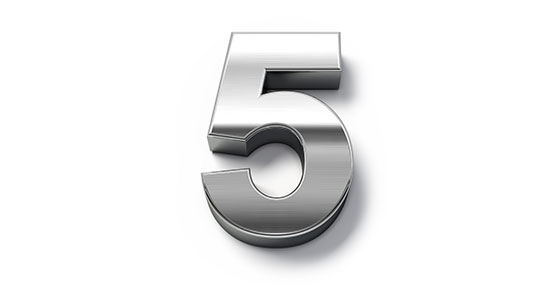 In addition to the anticipated release of FRANdata's State of Franchising Report, the Franchise Update Leadership & Development Conference marks the beginning of the 2015 brand, marketing, and lead generation planning season.

These 5 key franchise development marketing insights will help you plan more effectively, generate lower CPLs, increase lead-to-application ratios, and open new markets. And, in the end, you and your team will contribute to another growing year for our industry.

Facts first. YouTube, as a viewing platform, isn't emerging. It's been here for years and is readily available to reach your audience. Today, 70 million Americans between 35 and 64 already use YouTube. (That's almost 53%, for all you statistics geeks.)

In an ever-changing media and lead generation landscape, franchise brands must build integrated marketing plans to compete. We believe most franchise development marketing plans should include pre-roll advertising. There are many great options to purchase this media. For our clients, the reach, buying-effectiveness, and targeting of YouTube makes it the place to start. Advertising networks like Collective Media and AdRoll also offer industry-tested options that have proven campaign effectiveness.

Google AdWords has seamlessly integrated its programmatic buying channel, making it easy and cost-effective to reach audiences such as: "Retired veteran in San Diego who loves animals and reads franchise content online." In short, this means you get highly qualified, geo-targeted leads from a rarely tapped media channel.

We're not suggesting placing 30% of your budget against pre-roll. Rather, you might consider pulsing media in key markets and, at the least, begin to spend budget on the creative assets necessary to run a successful campaign. And remember, building YouTube creative can take at least 90 days, so start now. Creative production, including video, should start in the fourth quarter to win January and February intent and coattail Entrepreneur's Franchise 500.

Prediction 2: An upbeat in community interaction

Device proliferation will suffer a backlash as more people put their phones down when visiting family, friends, and local businesses.

As farmers' markets soar to all-time growth levels around the country, franchisors should view this community comeback as a way to fight against media fragmentation, prospect diversification, and meet the folks where it matters - in their communities.

In Lincoln City, Ore., because of newly built strategic alliances and city planning focused on parking lots for visitors, 2014 was the best year ever for the market. We're not only seeing changes such as this in small towns - cities like San Diego are actively building master urban communities that can accommodate guests for weekly events. In San Diego, the Little Italy community was just named one of the best places to live by Forbes, in part because of these changes.

And now that 90% of Americans (i.e., everyone who has buying power) own a device connected to the web, the push to leave your device in the car will be an opportunity to win the pivot. Some will refer to it as "device hangover." We call it a community comeback! Franchise Hall of Famer Doc Cohen often comments on "franchising as a partnership," and today franchisors have many reasons to take action around his business approach.

As you plan 2015, hold some dollars back from the big shows and get involved with partner brokers to sponsor their local events - and show up. Another planning option is to hold events where large channel demos exists (think San Diego military), and committing to a multi-year strategy to build relationships with top brass.

Strategic development VPs will also convince their consumer counterparts to pull dollars from their consumer marketing budgets to help market these events as both brand awareness and franchise development lead generation. And if you're siloed-up, start meeting to find a way to fix it. In 2015, business graveyards and investment giveaways will continue within siloed-up corporate franchise teams.

Prediction 3: Affluent + everyone else is on a health and wellness kick

One needs to look no further than the success of Massage Envy and The Joint to know that health and wellness isn't only for the wealthy.

In 2015, the health and wellness movement will continue to surge as massage locations, fitness centers, and juice bars expand while, at the same time, less red meat, gluten, and high-fructose corn syrup are consumed.

And we believe this is not only happening on the coasts.

Regional health care systems like Bellin Health recently introduced wellness centers in Green Bay, in addition to ramping up their wellness and therapy practices in rural parts of the state.

Yoga centers are packed in cities like Bloomington, Indiana and Memphis. Women who have been attending for years are now inviting their friends in these smaller markets (and yes, they are attending).

Some also believe the Affordable Care Act's incentives for institutions to increase preventive wellness programs will spur a fitness movement. Others believe the ACA's reshaping of the market, in which consumers pay more out of pocket, will increase the likelihood that they will take advantage of every benefit, including preventive care.

Franchisors inside and outside foodservice and health improvement services should consider how to support healthy lifestyles for franchise owners and their employees as much as they consider how to build a brand that is mindful of the body and mind.

When planning for marketing goals, consider how 5% of budget (and a whole, whole, whole lot more if you manage a QSR or healthy living franchise) will be used to build and communicate a "wellness movement" in addition to creating buy-in materials for inside your organization. Old age will thank you.

Prediction 4: Mobile is everywhere - yes, even in franchise development

A recent traffic analysis in Google Analytics with several well-known franchisors revealed that more than 20% of their franchise development visits came from mobile and tablet devices.

Here's some simple franchise development marketing math. Scenario A: 1 campaign, 4 markets, 2,000 visitors, 70 leads (figures likely in line with FRANdata's state of franchising figures). Scenario B: Without a proper mobile and tablet experience a slightly revised estimate: 1 campaign, 4 markets, 2,000 visitors and 56 leads (because of bounce rate increase on mobile traffic). Which would you want - 56 or 70?

When planning for mobile creative and user experience, set goals first and make sure your budget planning doesn't require you to budget thousands of dollars for licenses and support for many years. The world will have already changed by then. Any marketing and development firm that knows what they're doing can build a fully responsive and optimized experience for your franchise development web property in under 100 hours. In a marketing manager's world, 100 hours of work can be completed with multiple team members in 60 days.

When it comes to planning media, we believe in allocating channel percentages based on the customer. If 20% of brand, paid, unpaid, and direct traffic are coming through mobile and tablet devices, 20% of the franchise development marketing fund budget should be allocated to spend against those metrics and "buy the audience" on the devices. If you're still "testing" mobile media campaigns, it's time for an upgrade to match your traffic sources with your allocated budget amounts.

Next year, following the continued push by Google to monetize their search engine, they continue muting organic search from listings while testing consumer behavior in accepting new search results pages.

To test the theory, Google "Palm Springs Hotel" - right now. What you'll notice is that Google has taken ownership of the entire first fold of the page (with a 15" laptop, any mobile device, and most tablets). Scrolling below the fold is an arguable stat driven by a variety of products, services, and offerings. However, it is clear that in 2014 Google began taking steps to significantly reduce organic listings in hotel searches in favor of their "hotel booking engine," local maps, and Google AdWords.

What does this mean for your business? If you're paying someone to do SEO stop right now! Rather, allocate those dollars (they should be about 15% of your budget) to the following:

And finally, keep on the lookout for your brand on organic using a great tool like Moz. You can monitor your brand's change within specific criteria, in addition to monitoring competition.

Jason Knill is co-founder and CEO of Thought House, a research, creative, and advertising firm in San Diego. Reach him at contact@thoughthouse.com or 619-550-5601.