CEO Profile: The Dwyer Group's Mike Bidwell - from Franchisee to the C-Suite 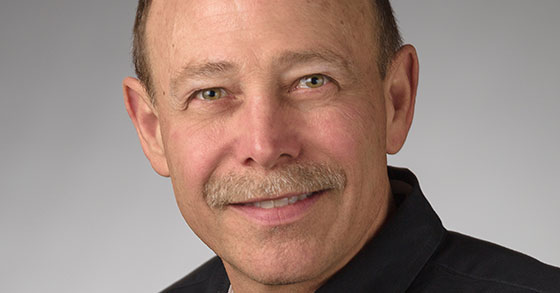 Mike Bidwell is a leader who is clear, pragmatic, and to the point.

"I'm passionate about creating opportunities for others to grow," says the 57-year-old president and CEO of The Dwyer Group. It's this focus that keeps him excited about the organization and its potential. Growth has been strong and strategic plans are in motion to continue growing through the expansion of its eight service brands and the acquisition of other, complementary brands.

Early in 2014, Bidwell, president of the Waco, Texas-based brand for the past eight years, also became CEO. "That was really just a formality because I had been handling both roles for some time as Dina

Bidwell's history with the company goes back more than 30 years. In 1980, right out of college, the Arizona native moved to Texas to work for Shell Oil. He spent four years there and says he really enjoyed what he was doing. But a chance meeting with a Rainbow International franchisee who had come to clean the carpets in Bidwell's home led to a dramatic career change. "My wife had been wanting to move back to Arizona," he says. "In chatting with the franchisee I became interested." The franchisee submitted Bidwell's name as a lead, and the next day he got a call from The Dwyer Group. "I was a little hesitant and it took some convincing, but it turned out to be a good move," he says.

Bidwell says it was his years as a franchisee that shaped his approach to leading the company today. "That experience is what keeps me grounded in understanding that what we do as a brand must work for everybody involved: our customers, franchisees, and investors. I believe I'm more capable as a president and CEO because I know what it's like to be a franchisee." That experience was brought home again 2 years ago when his son opened his first franchise in nearby Austin. "That was a fresh reminder of what self-employed people go through. I remember and I understand," he says.

Last year, Bidwell helped the company through its third private equity transition and says he is pleased to be teamed up with The Riverside Company. "It's a partnership, and we think we are aligned with investors who share in our interests and objectives," he says. "Private equity has been one of the best things for franchising. It brings liquidity to brand owners, leads to system-wide improvements, and usually accelerated growth. That in turn leads to increased brand equity for franchisees."

In mid-2015, things are running smoothly at The Dwyer Group. In the corporate office, Bidwell likes to surround himself with a diverse team of executives from various backgrounds (franchise and non-franchise) who know the industry and are driven to get things done.

Looking ahead, Bidwell says The Dwyer Group will continue to open additional territories at a steady clip, add some complementary brands, and double annual revenue from $1 billion to $2 billion. Clear, pragmatic, and to the point.

What is your role as CEO?
The most important component of my role has to do with the people. I spend a considerable amount of my time making sure we have the right people in the right places and working with them to enhance their effectiveness and grow their business unit. Shaping culture is an important part of the people component. Next is developing and setting strategy at The Dwyer Group level and assisting our business unit leaders in developing and setting theirs. I also spend quite a bit of my time working on acquisition opportunities, domestic and international. Managing our board and private equity partner relationships is also an important part of my role.

Describe your leadership style.
Here is what my team tells me: Direct, honest, enabling, even-tempered, quiet, unassuming, works cooperatively to set strong yet realistic expectations for outcomes. My intention is to help develop capable leaders. So I work to lead with a consultative and supportive style, allowing others to develop their ideas and skills and run with them (within reason).

What has inspired your leadership style?
Observing others I respect and appreciating my natural tendencies. I knew I accepted responsibility and enjoyed leading from a fairly young age. I've always been very pragmatic and reflective. So wanting to be the best leader I could has created an awareness of good leadership. I've paid particular attention to those who are effective with similar natural disposition. Leadership lessons that had the most impact on me came primarily from two places. First was in high school, admiring coaches who really knew how to get the most out of their players. Next was during Marine Corps Officer Candidate School while in university.

What is your biggest leadership challenge?
Fighting my natural tendency to be expedient, hands-on, and task- and outcome-oriented. I find I have to keep top of mind that you get more sustainable results by letting others grow by doing more autonomously.

How do you transmit your culture from your office to front-line employees?
We have company-wide meetings every 6 weeks to share numbers, update results, discuss culture, and more. Once a year, we also spend a day offsite with the entire company, with most of the time spent around reconnecting with our roots and purpose that inspire our culture. But I would say the most important way is by talking with my direct team about what is important and leading by example. Otherwise, our Code of Values is just words wasting space. Consistently communicating and addressing actions that may be contrary to our values is key.

Where is the best place to prepare for leadership: an MBA school or OTJ?
There is no substitute for OTJ to learn leadership. I don't have an MBA, but I have certainly hired a lot of them. While earning an MBA has many benefits, I have not observed a correlation between an MBA and effective leadership.

Are tough decisions best taken by one person? How do you make tough decisions?
I'm going to give the economist answer: it depends. There are times either is appropriate, but at a minimum, it is typically wise to seek input from those affected by the decision or knowledgeable on the issue.

Do you want to be liked or respected?
Respected, without hesitation. If you are earning respect in the right way, being liked often follows.

Advice to CEO wannabes:
I would offer three points of advice. Don't try to be somebody else. Do become a student of leadership. Wherever you are, get and maintain absolute clarity about how you can make a difference.

Next time: In Part 2, Mike Bidwell opens up about his management style, personal life, and the bottom line and future plans for The Dwyer Group.

Policy Light: Focus on outcomes balances flexibility with accountability
Built from Scratch: Daddy's Chicken Shack is primed for growth
Sponsored
How to Control Your Brand Across All of Your Franchises
Couple of Opportunity! Husband-and-wife team score a new brand at MUFC
Handheld Happiness Delivering a "Wetz in a lifetime" experience
Female Leaders Raising Up the Next Generation - Wanda Williams