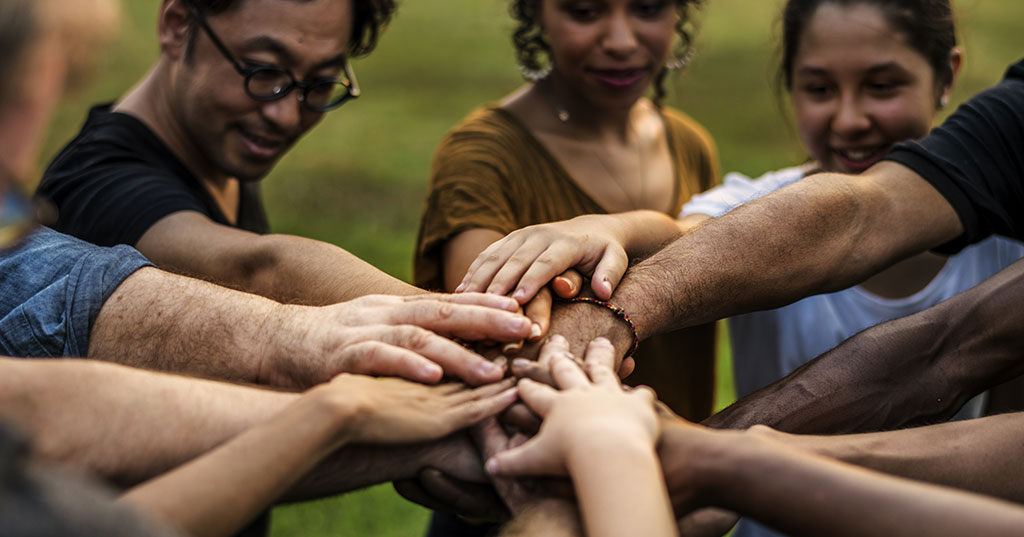 After being deluged by the rains from Hurricane Harvey, many franchised brands in the area quickly turned to: 1) ensuring the safety of their employees; 2) cleaning up and reopening; 3) feeding rescuers and other first responders; and 4) working with their franchisors to raise money to help those affected by the storm. In addition, franchise brands from all over the country rushed to add their efforts to reviving and rebuilding the area following the historic storm that battered Southeast Texas.

Here is a long, but only partial list of the many franchise brands and franchisees that stepped up to provide relief for storm victims, including their own employees and franchisees.

Aaron’s announced a number of actions, including contributing $100,000 to help employees and communities most affected by the storm; re-routing trucks to deliver 10,000 cases of bottled water; and temporarily suspending regularly scheduled lease payments and collection activities for customers in the affected areas. In addition, Aaron’s employees nationwide quickly contributed more than $45,000 to assist their Texas colleagues.

With floodwater fouling pool water, 15 of the brand’s franchisees located in Texas, Oklahoma, Arkansas, and Louisiana headed to Houston to provide much-needed manpower and equipment to cover the anticipated workload. They will work with other franchisees in the area to supply the tools, equipment, and trucks to repair and replace pool equipment and clean and treat local pools to ensure they are safe.

Bar Louie launched a Louie Loves fundraiser to provide guests and staff with a way to support those afflicted by the hurricane. On Sept. 14, 10% of sales, up to $50,000, will go to the American Red Cross to support its efforts to restore the areas hardest hit by the hurricane.

Thanks to the initiative of franchisee Clint Hall, on September 2 a portion of sales from the brand’s 100 locations were donated to JJ Watt’s Houston Flood Relief Fund, raising more than $12,000.

Big Whiskey’s collaborated with the Convoy of Hope to develop a fundraising campaign to support hurricane relief. Starting Sept. 1, customers could add a donation to their meal ticket in any amount. To encourage giving, anyone donating $10 or more to Convoy of Hope will receive a card for a free appetizer, valued at $8.99, with each corporate restaurant committing $500 to help jumpstart giving.

BWW announced a nationwide fundraising initiative to support ongoing hurricane relief efforts. From Sept. 3–17, participating locations will match in-restaurant donations received from customers, up to $100,000. Restaurants will participate in a goal to donate more than $200,000 to the American Red Cross.

From Sept. 1–15, all Dickey’s nationwide will accept donations through the brand’s charitable foundation, Barbecue, Boots & Badges, and the home office will collect donations from employees. Roland Dickey, Jr. and Laura Rea Dickey will personally match up to $25,000 for relief efforts. Dickey’s also hosted a blood drive with Carter BloodCare on Sept. 8 for Houston area hospitals. And the brand plans to send home office employees to Houston to help relief organizations rebuild.

Throughout September, guests at participating Hooters locations in the U.S. can round up their checks or make a donation to the American Red Cross for its Hurricane Harvey relief efforts. Hooters will match guest donations dollar for dollar, providing up to $100,000 in additional support. In addition, for every paid order made on the brand’s app through Sept. 30, Hooters will donate an additional $1 to the American Red Cross, up to $50,000. To help its employees affected by the disaster, Hooters has launched a variety of efforts, including the Hooters Employee Assistance Fund.

More than 1,300 Jersey Mike’s stores across the country (16 are in the Houston area and 2 in Corpus Christi) are partnering with the Houston Food Bank and Corpus Christi Food Bank to help Texas residents affected by the hurricane. From Sept. 11–17, participating locations will donate $1 for every regular sized #7 Turkey Breast and Provolone sub sold. Through September, Jersey Mike’s will hand out special cards nationwide offering a free sub for a $2 donation to the two food banks and expects to raise at least $500,000 for them.

On Sept. 2, the brand sent its Love Kitchen semi-trailer truck to San Antonio, where franchisees and volunteers fed victims and emergency personnel. After that, the company planned to coordinate with relief organizations to determine the best locations for the truck. Franchisees are supporting assistance efforts by supplying staff and services from their stores to man the truck, as well through monetary donations to support the operation of the Love Kitchen.

McDonald’s will donate $1 million to the American Red Cross in support of the relief and recovery efforts for families affected by the hurricane. The company also announced a $250,000 employee matching program. On the ground, local restaurants donated thousands of water bottles to the local Red Cross, and open restaurants in the Houston area provided free meals to first responders.

Franchisees from the area and beyond headed to Texas to help cut down trees threatening homes and properly remove trees downed by the massive storm. They will be bringing heavy equipment including trucks, loaders, and tree chippers to help with the overload on demand for cleanup equipment and related services.

On Sept. 3, Papa John’s committed to donate a minimum of $500,000 to Hurricane Harvey relief through JJ Watt’s Houston Flood Relief Fund and The Salvation Army’s disaster relief effort. The pizza giant will donate $1 of every order that includes a pizza.

Pinot’s Palette launched a Painting It Forward series of painting and drinking fundraising events hosted by its 137 studios nationwide. Proceeds will be donated to a nonprofit hurricane relief funds, such as Global Giving and the American Red Cross. Some studios are also collecting food, diapers, and other supplies to send to relief organizations on the Gulf Coast. In addition, the public can donate directly when signing up online for any painting events in September.

On Sept. 6, Tijuana Flats asked guests to participate in hurricane relief efforts by making a donation at any location. The restaurant’s Just in Queso Foundation will automatically match up to $15,000 in funds raised by patrons.

Based about 225 miles west of Houston, this 12-unit brand served more than 700 pies and delivered more than 200 to first responders. Deliveries were made by franchisees and local citizens, and extended as far as 30–40 minutes from the store. Additional local support is in the works as the rebuilding effort continues.

From Sept. 4–10, all of the 356 Arby’s restaurants operated by the brand’s largest franchisee across 9 states donated 10% of all brisket sandwich sales to the American Red Cross relief efforts for Hurricane Harvey. (Arby’s smoked brisket comes from Texas.) The proceeds donated from these sales were expected to generate about $50,000.

Whataburger pledged an additional $1 million to the Whataburger Family Foundation to help its affected employees with necessities including clothing, food, medical bills, and monetary assistance. The chain is also donating $150,000 to the Red Cross and $500,000 to local food banks to be deployed in the areas of greatest need.

Through the American Red Cross, Hyatt will match donations through Sept. 30 up to a total of $25,000.