Franchise Ownership by Hispanic Americans Will Continue To Grow 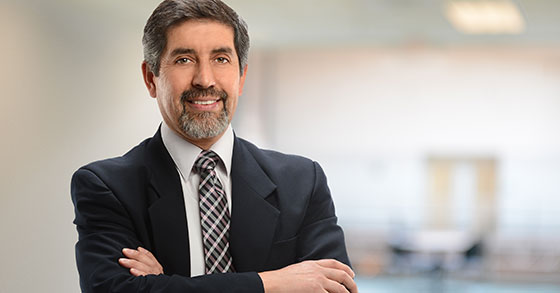 U.S. Census numbers show that Latinos are the nation's largest minority: the Hispanic American population in 2012 had reached 53 million and is expected to grow to 128 million by 2060. By sheer numbers alone, this group is set to influence the way companies do business in the U.S. for years to come - which is why companies that expand through franchising are seeking creative ways to attract Latino entrepreneurs.

1) Lack of funding is cited as the number-one reason keeping aspiring Hispanic entrepreneurs from becoming franchisees. According to Rob Bond of World Franchising Network, financial concerns beat out language barriers and professional skills as deterrents for franchise ownership among Hispanic entrepreneurs. Census data lends credence to Bond's claim, and notes that Hispanic Americans born in the U.S. have outpaced those who enter the U.S. through immigration. This could indicate that there are significant numbers of Hispanic American entrepreneurs who understand the cultures of both the U.S. as well as their own distinctive ethnic culture.

Many Hispanic American business professionals are multilingual, well-educated, and business-savvy. Companies like Hispanic Franchise Online and Hispanic Market Advisors seek to inform them about franchise opportunities that suit a variety of interests and budgets. New immigrants who may or may not speak English well often have highly desired trade skills, and some may already have experience owning businesses in their native countries. However, many Latino Americans are fiscally conservative and would avoid franchise opportunities that would initially burden them with too much debt.

2) Lack of information about the types and costs of franchises available to them is another stumbling block to Latino franchise ownership. Many people, including aspiring minority business owners, associate franchises with retail stores and popular fast food establishments that need significant financial investment to establish and operate. However, not all franchises are created equal, and there are viable options that do not require investors to take out multiple mortgages on their homes to start.

Some Hispanic American immigrants arrive in the U.S. with varied skill sets, but take housekeeping positions just to have a job. Maid Right, a residential cleaning franchise company associated with the commercial cleaning outfit JanPro, provides franchise opportunities for an initial investment of $1,600 according to Rich Kissane, their parent company's CEO. Maid Right, in consultation with Hispanic Market Advisors, recently launched a Latino initiative named Maid Right Latino to connect Latino entrepreneurs with master franchises of the brand.

Leaders with established companies understand the markets their businesses operate in. Often, before expanding elsewhere, because it is usually the most cost-effective option. Franchise companies that embrace diversity by encouraging the growth of Hispanic franchisees can gain immediate access to an emerging population group within their market segment.

Another company quickly penetrating the Hispanic market across the U.S. is Liberty Tax, ranked by Poder360 among top franchise opportunities for Hispanics. The company's unique, multi-level Hispanic educational initiative, "Una Familia Sin Fronteras," and its understanding of Hispanics in general is helping the tax preparation franchise penetrate into new markets.

Cuban-American-owned Estrella Insurance, another franchise, is also expanding beyond South Florida into New York and California by selling automobile insurance to immigrants and the working class.

Marketing to a diverse customer base requires knowledge of customers' culture, buying habits, and preferred methods of communication. Because of the population explosion within the Hispanic American community, the face of a company's main customer base has likely changed, or will change soon. One of the most effective ways to communicate the value of a company's product, services, ideas, or brands is through knowledgeable and skilled Hispanic American entrepreneurs.

Hispanic Heritage Month Celebration begins Sept 15 through October 15. This may be a good month for franchises to embrace diversity and kick off a Latino initiative to recruit Hispanic entrepreneurs into their franchise system - just as Maid Right, Liberty Tax, and Estrella Insurance, who are making inroads into the Hispanic business community by providing them a chance to operate their own business and build a family business of their own.

Sebastian Aroca co-founded Hispanic Market Advisors, a digital marketing agency primarily focused on search engine development and translation services for the U.S. Hispanic market. He is a frequent contributor to MediaPost and Moz, among other online publications. Tweet him at @HispanicMarkets or email at sebastian@hispanicmarketadvisors.com.

New Book: "Franchising Strategies - The Entrepreneur's Guide To Success"
How Express Employment Professionals Works with Franchise Brokers
Sponsored
The Human Bean Continues to Break New Ground for Growth
Just Getting Started? Sound Advice for Emerging Franchisors
Founders: When Is the Right Time To Franchise - and How Do You Know?
Finding the Right Spot for a Franchise is an Artful Science