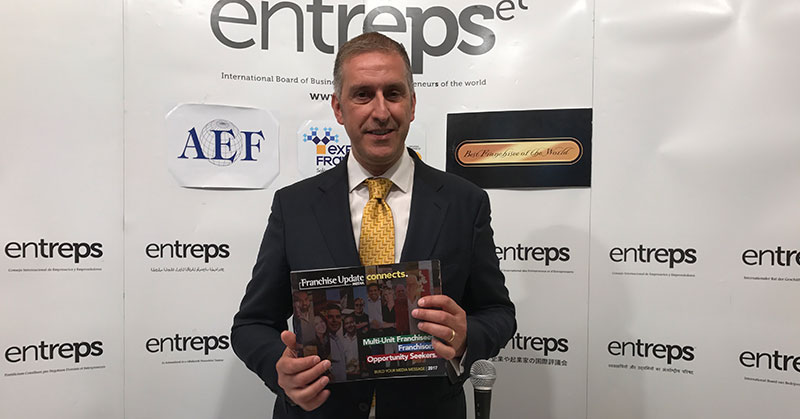 Franchise Update Media has announced a new partner and affiliate to represent the company in Europe as part of a new initiative to serve the European continent. This collaboration is part of the 30-year-old company's continued efforts to expand beyond its base in the U.S. and expand the reach of franchising expertise across the world.

Andrea Lazzari, based in Madrid, is recognized as an expert in franchising and tourism. His three decades of experience with national and international companies and brands include positions in management, development, expansion, and marketing in several sectors of the economy.

As an official affiliate, Lazzari will represent Franchise Update Media products and services in the Spanish market, helping Spanish companies learn how these products and services can help them find development partners in the United States, as well as help Spanish franchise brands better understand the U.S. market.

"Andrea is a great person and accomplished professional," said Gary Gardner, chair of Franchise Update Media, which is based in San Jose, California. "He will be able to help U.S.-based franchise brands develop in Spain, while also representing our developing international products."

Last year, Franchise Update Media launched its first European Multi-Unit Franchising Conference with co-sponsor Best Franchisee of the World. Held in Florence, Italy, the event attracted franchisees, franchisors, investors, association heads, and government representatives from across the world. Lazzari will be part of the 2017 European Multi-Unit Franchising Conference, which will again be held in Florence, Nov. 30 to Dec. 1.

"I look forward to my relationship with Franchise Update Media and I'm eager to share the ways our resources can assist franchising growth throughout Spain and Europe," said Lazzari.