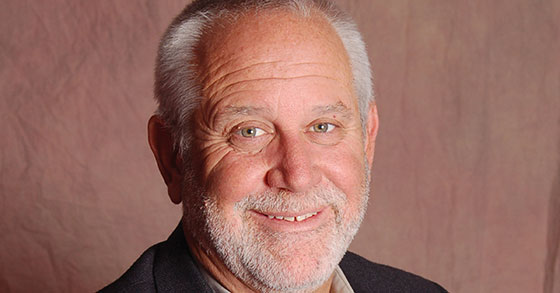 The Franchise Update Media team joins us in sharing with the franchise community our sadness at the untimely passing of Marc Kiekenapp, our longtime columnist and friend.

Over the past 20 years, we, along with so many others in the franchising community, have had numerous occasions to do business with Marc and have always respected and appreciated his expertise, knowledge, and willingness to help. That relationship turned into a friendship we will always cherish, and miss. Marc had a solid reputation, and an honesty and dedication to everything he did both personally and professionally. We appreciate his best practices column, "Sales Smarts," which he contributed to the pages of Franchise Update magazine for the past six years.

Marc was president and CEO of Kiekenapp & Associates - The Franchise System Builders, a national franchise development company based in Scottsdale, which assisted franchisors in building effective sales processes, franchise development strategies, and franchise recruitment advertising. He was the founder and Executive Vice President of FranchiseBuyer, LLC, a national referral network that qualifies and profiles potential franchise candidates. Marc also was the cofounder and a principal of System Builders, LLC, a national franchise consulting company that helps franchisors increase their brand equity through the sale of new units.

Before founding System Builders, he served as Executive Vice President of Franchise Development for Service Brands International, whose brands include Molly Maid, 1-800 DryClean, and Mr. Handyman, which he helped launch. His franchising background also includes Decorating Den and Sir Speedy, where he served as Vice President of Development. He has been a master licensee and has owned and operated both a home furnishing and a printing franchise.

With nearly 30 years of franchise experience, Marc was a frequent and popular guest speaker and panelist on franchise development topics at conferences for the International Franchise Association, Franchise Update Media, Restaurant Finance Monitor, and many franchisor national conventions. In 2000, he was recognized as one of the top three franchise sales executives by Franchise Update magazine.

At his request, Marc's partners will rename Kiekenapp & Associates, to Franchise System Builders, LLC, and continue to work with franchisors nationwide.

We are fortunate to have two short videos of Marc in our Masters of Franchise Development series. See them at http://watch.franchising.com/profiles/marc_kiekenapp/.

You can also find his six years of "Sales Smarts" columns on our website at www.franchising.com. Type "Kiekenapp" into the search box at the top right.

How Express Employment Professionals Works with Franchise Brokers
Just Getting Started? Sound Advice for Emerging Franchisors
Sponsored
Genghis Grill: A Fresh Way to Franchise
Founders: When Is the Right Time To Franchise - and How Do You Know?
Finding the Right Spot for a Franchise is an Artful Science
5 Trends Driving New Beauty Franchise Concepts