NLRB Blues? How To Avoid Being Viewed as a Joint Employer
Company Added
Company Removed
Apply to Request List
0

NLRB Blues? How To Avoid Being Viewed as a Joint Employer 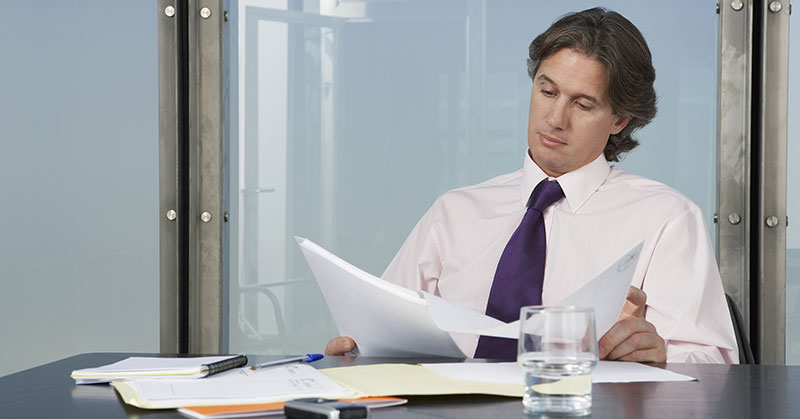 Recent decisions and efforts by the National Labor Relations Board (NLRB) and the U.S. Department of Labor (DOL) have raised the serious possibility that franchisors may, depending upon the particular circumstances, be considered joint employers, along with their franchisees, of the employees of the franchisee.

Last August, the NLRB issued a decision (Browning-Ferris) in which it ruled that a company could be a "joint employer" of the employees of its independent contractors even if it does not actually control the employment decisions of the independent contractors, as long as it 1) exerts indirect control or 2) possesses the right to control those decisions. Similarly, the current Administrator of the Wage and Hour Division of the DOL (David Weil) has taken the position that to protect workers, franchisors should be held liable for the labor and employment liabilities of their franchisees.

While all of these actions seem to be headed in the direction of finding franchisors jointly liable for the employment actions of their franchisees, there are measures that franchisors may take now to decrease the likelihood that they will be found to be joint employers. A decision issued in the midst of all of these developments may offer guidance franchisors might follow to possibly steer clear of a joint employer finding. In April 2015, the Associate General Counsel of the NLRB issued an advice memorandum finding that Freshii Development, LLC, a fast-casual restaurant chain and franchisor, is not a joint employer with one of its franchisees, Nutritionality, Inc.

The facts which the Associate General Counsel cited in support of his conclusion are noteworthy:

Instead, sections of the operations manual, other than the recipes and décor elements, were offered as "recommendations," rather than "mandatory requirements." Inspections by Freshii were limited to ensuring compliance with its mandatory brand standards and not any employment-related policies. Moreover, Freshii did not affect the terms and conditions of the franchisee's employees through its contractual right of termination of the franchise agreement.

The Associate General Counsel concluded that "All of this evidence is consistent with the clear language of the franchise agreement, which gives the franchisee the power to determine whether to use Freshii's personnel policies or procedures and states that Freshii 'neither dictates nor controls labor or employment matters for franchisees and their employees....'"

Best practices for franchisors to try to avoid being deemed a joint employer with their franchisees fall into two categories: 1) changes to the franchise agreement and 2) conduct in practice. The basic principle to follow is to retain rights to control that can be justified in terms of protecting the brand and system, while minimizing control rights related to employment-like matters.

• Changes to the franchise agreement. Franchisors should make sure that their franchise agreements expressly define the relationship between the franchisor and franchisee as an "independent contractor" relationship. They should review any provisions in their agreements that reference the franchisee's employees and remove any rights they have retained to exercise control over them, including the ability to hire, fire, direct, and control the franchisee's employees - unless such controls can be justified as necessary to protect the brand. Franchisors should review other provisions in the agreement that grant the franchisor control, even if outside the labor and employment context, and ask whether such control can be reduced while still protecting the quality of the brand and/or product.

Franchisors should check that the indemnification provisions contained in the agreement cover issues relating to joint employer liability so that, if the issue should arise, they may obtain protection for the conduct of the franchisee. Franchisors should also make sure that the agreement includes a provision requiring the franchisee to comply with all federal, state, and local laws.

• Actions in practice. Franchisors should direct field representatives to not counsel franchisees in labor and employment matters but, if necessary, to offer recommendations and "company-owned" outlets as examples only. They should keep a list of professional employer organizations to provide to franchisees if they request assistance with respect to employment-related issues. Franchisors should enforce the provisions of the franchise agreement that require franchisees to maintain a separate identity externally (e.g., through signage), and internally (e.g., in employment-related materials). Particularly important, franchisors should assess the technology they require their franchisees to use and disable any functions that enable the franchisor to exercise indirect control over employee working conditions beyond what is needed to protect the quality of the brand and/or product (e.g., scheduling of labor).

It is unclear whether all of these suggestions will be necessary to avoid a franchisor from being deemed a "joint employer" of its franchisees' employees. But given the significance of such a determination, franchisors should seriously consider implementing now many of these recommendations in the event the joint employer concept is ultimately construed to encompass franchisors.

Barry M. Heller is the senior-most franchise litigation partner of DLA Piper. In addition to his dispute resolution practice, he also frequently advises clients on franchising, distribution, intellectual property, and antitrust law. Contact him at 703-773-4245 or barry.heller@dlapiper.com.