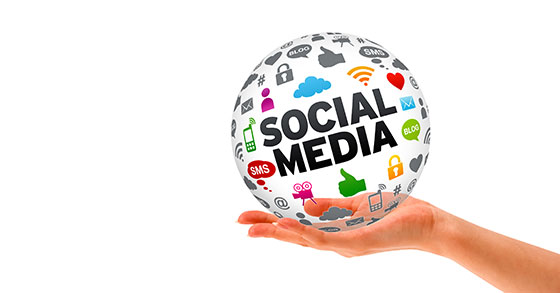 Negative comments and reviews on social media are a constant worry for brands. The classic (and correct) response has been that you need to know what people are saying about you, especially if the news is bad. If you have an online presence, at least you are in a position to do something about it. Another answer has been to turn to so-called reputation management companies, who claim they can help businesses to get only positive reviews. "The problem is only Yelp and its algorithm can truly decide which reviews get posted to a business's website and which reviews get buried," writes Julie Bort, editor, enterprise computing for Business Insider. That's one big reason those companies are a scam, according to a lawsuit filed by Yelp, the social reviewing giant. The two companies named in the suit say they're only trying to level the playing field and that Yelp's filter algorithm, which attempts to identify fake or biased reviews, actually distorts objective social reviewing.

According to a survey to see how well 250 of the world's top brands are performing on Instagram and Facebook, many are beginning to favor Instagram over Facebook and post more there. In an infographic on Growing Social Media (based on a survey from L2 and Olapic), one big reason is that 3 million teens abandoned Facebook for Instagram in the past four years; and that, in general, the important teen demographic overwhelmingly prefers Instagram. According to the survey, 86% of the world's top brands, including Oreo, Starbucks, and Nike, have Instagram accounts, and they have seen an average 11% more engagement in Q4 2014 over Q3 2014. As always, smart brand marketers go where their customers are. For the 18- to 24-year-old demographic, right now that seems to be Instagram.

Sam Fiorella, a partner at Sensei Marketing, begins his blog about the value of Facebook to business thusly: "This article won't argue that businesses can't benefit from Facebook pages but it won't kneel at the altar of Zuckerberg either. The goal here is to shed some light on misconceptions generated by 'social media gurus' about the importance of Facebook pages for business, and why your business probably doesn't need one." Fiorella notes that Coca-Cola and Starbucks have pretty much abandoned Facebook. And with the changes in Facebook's algorithms that have negatively affected Fan Page visibility, the heavy emphasis on paid promotion, and the vast amount of competing noise, Facebook has become a much less attractive place for brands in the past few years. Citing Forrester analyst Nate Elliott, he says that top brands' Facebook and Twitter posts reach only around 2% of their fans and followers, and less than 0.1% of fans and followers actually interact with each post on average. "Facebook got many people hooked with a free business marketing platform but then, like any good drug dealer, began charging for that to which we became addicted," he says. At some point, brands start to question their presence on Facebook and go looking for better places to interact with their customers. Is Facebook working for your brand, or are you ready to move on to where your demographic is today?

Facebook has adjusted its "Like" counts downward, as of March 12. Accounts that are inactive (voluntarily deactivated by users) or memorialized (profiles of people who have died and whose families have requested they be left up as a memorial) are being removed from Pages' Like totals, although they will be added back if inactive users reactivate their accounts. "While it means social teams will likely see a smaller overall fan base total, it's a move that can bring what more brands are now seeking from their social programs: more value," writes Kara Martens, a social media and content marketer at Shoutlet. In most cases, the downward adjustments should be small. And Page admins will profit from having more accurate information about the effectiveness of their pages.