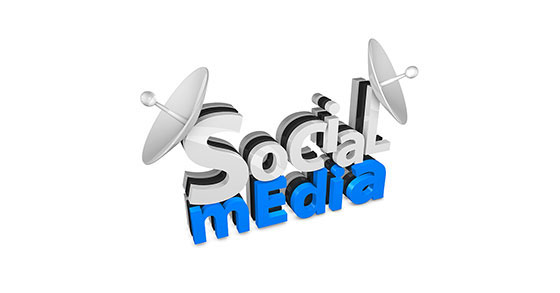 On the Web? Try Yelp Instead

Instead of focusing search marketing resources and attention on Google, consider paying more attention to Yelp. It's often the first thing people see on a search engine results page, and many are used to turning to Yelp as their source for local searches. Your best strategy for success on Yelp is to get great reviews. First, every business should claim its Yelp listing, customize it, and keep an eye on what's going on there. Make it obvious to your customers that you have a presence on Yelp, and would appreciate their feedback online. Ask for reviews from people who have expressed particularly favorable opinions of your products and services. "Once you have a cadre of good Yelp reviews, you're bound to do better on a Google SERP. Here's why: Yelp shows up high in search results, and Yelp pushes organizations with good reviews," writes Jean Dion, Senior Journalist at InternetReputation.com, in her blog on Search Engine Journal.

Crank Up Your Sales in the Off-Season!

If your business is seasonal in nature, what do you do about marketing during the slack times? Ben & Jerry's has a very aggressive approach to off-season marketing. Here's how they do it: announce new specialty flavors in the off-season, a strategy that has multiple advantages for the brand. Some B&J's fans will try anything new from their favorite ice cream brand and the company gets to test out new products. Boom Chocolatta! Cookie Core, Peanut Buttah Cookie Core, and Spectacular Speculoos Cookie Core are the three new products this winter. Something else smart businesses can do during seasonal lulls: work on new products or new uses for existing products that can attract customers during the off-season, such as the zip lines and other summer activities ski resorts are building to diversify their offerings. "I encourage you to look at traditionally slow sales periods as opportunities, which provide fertile ground for customer acquisition programs if you decide to lean in and be aggressive," advises Sam Fiorella, a partner at Sensei Marketing, a consulting and technology firm.

Ready or Not, Digital Wallets Are Here

Digital wallets and other mobile payment adaptations are picking up users fast, and more and more merchants are starting to offer these services. The Millennial generation is the heaviest consumer of these services so far, as it is with most cutting-edge tech trends. Since Millennials will replace Baby Boomers as the nation's biggest consumer group in the next 10 years, it behooves all businesses to pay attention to their preferences in doing business. This piece, by Morgan Jones on the SayItSocial website, serves as a useful introduction to the subject of digital wallets, and includes a guide to the top mobile payment systems available.

Google Glass: Back to the Drawing Board

Google insists that it is still committed to its Google Glass technology and will introduce new consumer products based on it in the future. However, any new versions of the controversial technology will be designed and built by a different group inside Google than the one that created the first-generation design. High prices, privacy concerns, widespread ridicule, and bans on wearing Google Glass products in some restaurants, bars, and other public places have proven stumbling blocks to widespread adoption of the original version.

For the NFL's final four teams with a crack at the Super Bowl, engagement statistics across their Facebook, Twitter, and Instagram pages predicted a New England-Green Bay championship game. Jennifer Salerno, writing on Ignite Social Media, said the numbers of each team's social media fans predicted the following: "The New England Patriots fan base, while the largest size of the four with 7.8M fans, will advance to the Super Bowl. However, their fan engagement is no match for Green Bay's wildly interactive fans, who will clinch the title as Super Bowl Champions XLIX." Except for Seattle's wild, last-minute comeback against Green Bay, which had dominated the game, that prediction - based solely on the number of the teams' social media followers - may have played out. (By the way, for what it's worth, the video game Madden NFL 15 predicted New England would defeat Seattle 28-24, the exact score, with a late-game touchdown pass from Tom Brady to Julian Edelman... which also happened.)