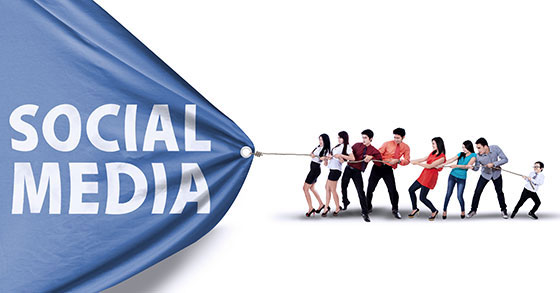 People use hashtags almost everywhere in social media today, but many are still confused about what they mean and how to use them effectively. Basically, hashtags serve as a way to index the subject of a post or a tweet. (Hashtags started on Twitter.) The most important things to know are: 1) tweets with hashtags average twice the engagement on Twitter, 2) too many hashtags decrease engagement (except on Instagram), and 3) Facebook users still don't like hashtags (and don't like or share posts with them). This infographic has much more to enlighten you about the ubiquitous hashtag, and why you should be using it. "This infographic from Ghergich & Co. and SurePayroll offers a basic primer for hashtag use for those new to the social media space or still confused by the intended uses of that weird pound symbol in front of all those words," wrote Alan Rapp on spiral16.

Google made a major change to its algorithm on April 21 in favor of mobile-friendly websites. The announcement of the upcoming revision a few months back got plenty of attention, both from SEO professionals and from the tech and mainstream media - and sent yet another new ripple of uncertainty through the online marketing community. While apocalyptic upsets in established website rankings were forecast, the predicted "mobilegeddon" has come and gone... and the earth still revolves around the sun. While some sites have seen drops in their search ranking, the widespread disruption that was widely predicted just hasn't happened. (Can you say Y2K?) "I have direct access to several sites that are extremely mobile-unfriendly to the point of being mobile-nasty! And yet... I can barely discern a difference," writes Mark Munroe on Marketing Land. Is Google taking advantage of the fear its algorithm updates creates to encourage more mobile-friendly websites without actually bothering to punish laggards?

In the age of content marketing, bloggers who write about your business's products and services effectively - and engagingly - can be invaluable. Getting influential bloggers to write nice things about you is a surefire way to build your brand, but it takes work to develop the relationships you need to make it happen. There are no shortcuts to success in the blogosphere; these are business relationships and have to be approached with sincerity, honesty, and intelligence. Jeff Foster, writing on ProBlogger, provides 7 tips to build your brand in the blogosphere.