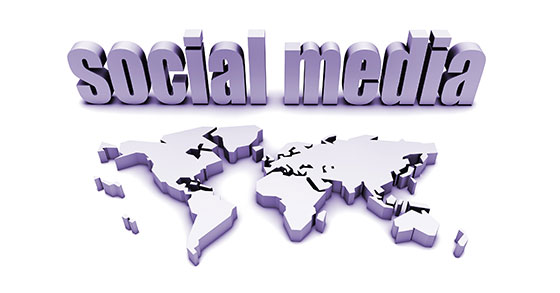 Time for some Twitter and Instagram housekeeping. "Fake followers on social media accounts clutter your stream, reduce your engagement, expose you (and your legitimate followers) to phishing or spam, and put you at risk for having your account deleted. And fake followers can't buy your product or service!" writes Lisa Karl on Social Media Examiner. "The only purpose for fake accounts is spamming or, in the case of fake accounts that were bought, pumping up someone's reputation," adds Karl, a partner and founder at Savvy Digital Business, a social media strategy firm focusing on small-businesses. At Twitter, fake accounts can even lead to account deletion, in extreme cases. Here are four tools to help you find and get rid of the fakes.

Social media is an ideal laboratory for testing what people really do (or at least say online). This infographic from Facebook IQ pulls together some interesting statistics and observations about how people use Facebook around Valentine's Day. Gift giving, public displays of affection, and relationship status all get a look, with sometimes surprising results. For example, in 2014, more than 1 million people changed their relationship status within four days of Valentine's Day (146,000 to "Engaged"; 339,000 from "In a relationship" to "Single"; and 335,000 from "Single" to "In a relationship").

On Oscar Night 2014, Twitter users sent 11.2 million tweets. This year they sent 5.9 million, peaking at 60,000 tweets per minute when Julie Andrews joined Lady Gaga on stage. Much of the difference is accounted for by the phenomenal virality of Ellen DeGeneres's 2014 (sponsored) selfie, which drew a record 3.3 million retweets, writes Martin Beck, Third Door Media's social media reporter, on Marketing Land. On Facebook, he reports, 21 million people posted, liked, or commented about the Oscars 58 million times, more than double the 25.3 million who did last year. The single most popular Facebook moment also was the Julie Andrews-Lady Gaga meeting, with 214,000 people per minute engaging worldwide.

PetSmart's "Partners in Pethood" series of video ads has Christopher Guest (This Is Spinal Tap, Best in Show) directing a talented troupe of improvisational actors. We're not sure if this is an example of going a little far or if it's just edgy and creative. The series is entertaining for the most part, and some of the scenes are pretty funny. (Not to mention cute puppies.) An additional video, "Behind the Scenes," features the brand's president/CEO, EVP Customer Experience, and VP of MarCom discussing their goals for the series.

Despite today's proliferation of websites, social media channels, and online resources, finding a phone number or the help you want from today's online giants remains a challenge for frustrated users of all stripes. Here's an online resource for contacting Google for local business support. If you need help with your Google My Business listing on Google Maps, here's a video that shows how to get in touch with a real live Google representative on the phone. Really. Live.