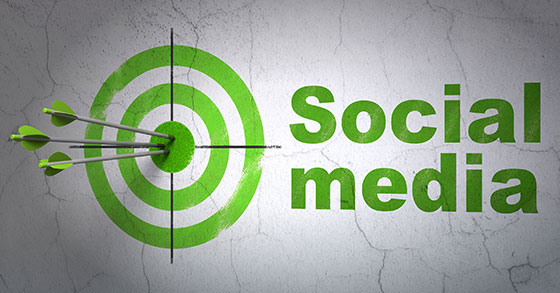 On April 21, Google changed its ranking algorithm so that mobile-friendly sites are rewarded with higher rankings and sites that don't play well on mobile are downgraded. This reflects official recognition by the search giant of the tremendous rise in the importance of mobile search over the last few years, as smartphones and tablets have become the dominant channels that users employ to shop, search, and buy. "While mobile users of Google search will surely be happy with today's development, businesses without a mobile-optimized website and who remain unaware of the changes will be left wondering where on earth their site's disappeared to in Google's revamped search listings," writes Trevor Mogg on Digital Trends.

...And How To Get Your Ranking Back

If your site has plunged in the rankings (some sites have found themselves below page 20 of the search results), here are some resources to help you address the problem, join the mobile revolution, and get back in Google's good ranking graces. Google itself has a page for testing your site for "mobile-friendliness," along with an excellent guide to how to make it mobile-friendly. Wordpress users also have easy solutions in one of the many plug-ins that can quickly put a mobile skin on any Wordpress website. "Remember, getting your site mobile-friendly is a good thing for everyone, including your company and your customers. You become more findable in search results, more usable on any device, and more accessible to your prospects and customers," writes Mike Sansone on his blog site, ConverStations.

Out of nowhere, Meerkat was touted as the hottest thing to come down the pike in years by U.S. tech journalists. The buzz contributed to the company raising a $14 million round of funding in March from some well-known individual tech investors and venture capital funds. Then Twitter announced its competing application, Periscope, and all the air came out of the Meerkat balloon. The funny thing is that in spite of the glowing media coverage, most recently at South by Southwest, Meerkat never really was that successful: it never broke into the top 100 iPhone download list, topping out at 140 on March 20, which shows that it never caught on with users. "Meerkat's 'success' was the creation of a handful of West Coast tech bloggers who managed to lure major newspapers into covering a phenomenon that did not exist," writes Tero Kuittinen, a managing director at Magid Associates, in his blog on BGR.

Twitter has added the capability to direct message anyone on the service, even if they're not following you. The move will appeal to businesses who can use the new feature to send direct messages to many more users than they would have been able to reach before. This is a major change in privacy policy for Twitter. How they will handle the threat of runaway spamming of users' direct message inboxes will bear watching in the next few months. "While allowing Direct Messages from anyone actually makes sense in a lot of scenarios - from personal to business communications - it may also be a recipe for spam, if companies abuse it. Hopefully, as Twitter rolls out this feature, it also working on some measures to guard against that," writes David Nield in his blog on ReadWrite.

Tumblr: Popular with Younger Audiences - Is It for You?

Yahoo acquired Tumblr for more than $1 billion in 2013. While newer platforms like Instagram and Snapchat get more attention and buzz, Tumblr is still an extremely popular platform with a very active, young user base. Some of the brands making a very good thing out of Tumblr, which boasts more than 460 million monthly visitors, include Nike Women, AT&T, Calvin Klein, and IBM. Is Tumblr right for your brand? If your customers fit the demographics, take a look at Tumblr as a place for your social media content: it's fun to use, has great tools for content, and boasts good analytics. "Tumblr's wide appeal is unmistakable, and its potential for creating viral content is only growing. Because of this, marketers are eager to hop on the bandwagon in order to reach these coveted younger audiences," writes Jessica Gaylord, associate community manager at Ignite Social Media.