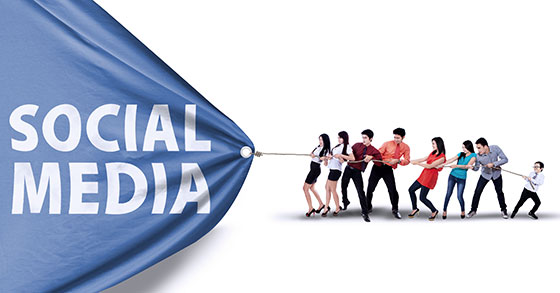 How To Choose a Great Link Builder

Link building is one of the hard, useful parts of Internet marketing. Much of traditional SEO has lost its mojo since Google's various algorithm updates of the past couple of years. Poor quality links have gone from being marginally useful to downright dangerous, as they attract penalties from Google. To build a strong set of external links that builds your site's authority and brings useful traffic with them, it pays to find a good link builder. Writing on Search Engine Land, Jon Ball, vice president of business development at Page One Power, highlights some key traits to look for when searching for a high-quality contractor to build links for you.

Checking Up On the Competition

It's always good to know what your competitors are up to - especially if you can do it without tipping them off. Facebook Pages to Watch is part of Facebook Insights. It lets you set up a list of pages to watch (up to 100). It's a good idea to watch pages you like as a source of good ideas for your own page, as well as monitoring pages of your rivals. You'll be able to see how many times they post, what kind of engagement they get, and their top posts of the past week. In the Posts section of Insights, you can look at the top five posts across all of the Pages you're watching. All of the information you gather, both from direct competitors or from popular successes, can help you improve the performance of your own pages. Writing on Social Media Examiner, Andrea Vahl, social media consultant and co-author of Facebook Marketing All-in-One for Dummies, provides 5 tips on how to research what your competition is doing on Facebook so you can study what works and model it on your own page.

Advertising revenue at all U.S. newspapers dropped from $63.5 billion in 2000 to about $23 billion in 2013, and it's still falling. Meanwhile, Google's ad revenue grew from $70 million in 2001 to $50.6 billion in 2013. At the same time, the classified ad business, which used to provide a third or more of some papers' revenue, has been completely destroyed by Craigslist, a free service. Employment for journalists has plummeted along with ad revenues, falling from 59,000 in 1989 to 36,000 in 2012. Lee Aase, "Chancellor" at Social Media University - Global, and director of the Mayo Clinic's Center for Social Media, discusses an essay by longtime Washington Post journalist Robert G. Kaiser, called "The Bad News About the News."

When Yahoo bought Tumblr last year, Yahoo CEO Marissa Meyer promised "not to screw it up." According to an article by Christopher Heine in Adweek, Yahoo has kept its word, and 16 months later, Tumblr continues on its eccentric way. Meanwhile, companies like Gatorade, BMW, and MasterCard now advertise on Tumblr, and Yahoo still seeks new ways to position the microblogging platform as a core product. Tumblr's self-reported numbers on monthly visitors? 400 million.

Planning for the Digital Afterlife: 5 Tips

The huge growth in social media in the last decade means that every day people are passing away, leaving their online presence behind. Their loved ones face the task of deciding what to do with Facebook, Twitter, and other social media accounts, as well as sometimes massive email archives and giant photo collections shared online. Each popular site has its own protocols for dealing with deceased users' accounts, so you'll need to investigate the options for any individual service. Also, be sure to consult with other family members and friends before making irrevocable decisions about what to keep and what to delete: they have a stake in the deceased person's memory, too. Writing on Search Engine Journal, Anne Ahola Ward, futurist, growth hacker and co-founder of CircleClick Media, provides 5 tips on how to handle this new and growing dilemma.