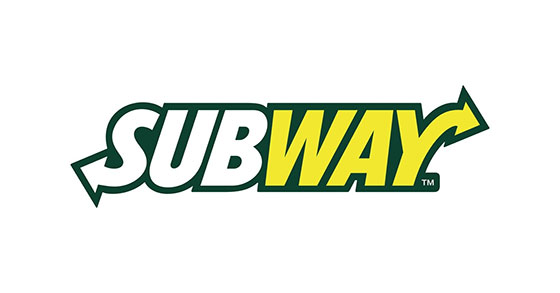 In 1984, I met Fred DeLuca, co-founder of Subway, then a 19-year-old retail chain with approximately 300 stores. Many of us would be happy with such development success. But not Fred. He had envisioned thousands of his Subway stores operating throughout the world. At the company’s expansion rate, however, he would never see his dream come to fruition.

Fred was determined to turn his vision to reality and needed to find the formula for explosive growth. Impressed by the success of the Century 21 model, he decided to develop a franchise expansion concept to accelerate his growth. As I recall, he handpicked his best store owners and awarded them development rights within their markets. This move was revolutionary. It contradicted the basic franchising model, which required healthy fees to obtain area development rights. This was unheard of at the time, and still is today. In return for this opportunity, these “development agents” had to agree to aggressive recruitment quotas.

Fred now had a highly motivated, successful Subway team who were provided with an exciting expansion model to make a lot of money. On the other hand, he could just as easily yank this development opportunity from a development agent who was underperforming, since they paid nothing for the privilege.

Second, he reduced his franchise fees, a brash move revolutionary within industry circles. But he wanted to make his concept extremely attractive for aspiring business owners, who now could join his Subway program and open a store for less than $50,000. So what happened? The lower barrier to entry helped catapult Subway to the top of the food chain with franchise buyers. You couldn’t find a more attractively priced start-up package.

Third, Fred demanded simplicity in his program. Ease of operation within a simple box is still the heart of Subway’s success. Keep it neatly packaged without extras that can lead to inconsistencies and confusion.

Finally, he devised an ingenious revenue structure to help ensure a “win-win-win” for all parties: franchisor, franchisees, and development agents.

Because new franchisees would receive on-site support, Fred boosted royalty fees to 8 percent. This provided strong financial incentive for his handpicked development agents, who would receive a percentage of the franchise fee for recruiting new owners and one- third of ongoing royalties.

Because of the very affordable start-up costs, new franchisees didn’t mind paying higher royalties on the back end and rushed to sign up with Subway. Fred created an additional market of business buyers who previously couldn’t afford to own a franchised food business like his. The price of admission was right and the opportunity extremely attractive. The development agents were successful Subway store operators who would provide new owners with local real estate assistance, training, and ongoing support to help launch and grow the new franchisees’ businesses.

Thirty years later, Subway, its development agents, and its franchise partners certainly have stood the test of time and success! In essence, Fred revolutionized his sandwich business by introducing two monumental changes to his franchise program: 1) establishing a national sales force of successful franchisees who exponentially expanded his system, and 2) offering his franchise to a broader buyer market that didn’t have the skill sets or financing required by most franchise programs.

Fred took a huge gamble, introducing extreme changes in his Subway development model. In his case, the rewards have been monumental. Today, Subway is a global household brand that continues to bring its classic sandwich concept to every nook and cranny of the world. And just when you thought the franchise program might be growing stale, along came greater success with Subway celebrity Jared, followed by a popular expanded menu of bread choices and competitively priced products.

Some critics point to challenges Subway has faced during its meteoric growth. This certainly is expected, whether you’re Subway, McDonald’s, or Starbucks. Such astounding and sustaining achievements could not be possible without a strong, viable franchise program. Today, Subway is the fastest-growing franchise in the world with more than 42,000 restaurants in 108 countries. Great job, Fred.

This is an excerpt from my Amazon.com best-selling book, “Grow to Greatness: How to build a world-class franchise system faster.” To order copies, click here.

New Book: "Franchising Strategies - The Entrepreneur's Guide To Success"
How Express Employment Professionals Works with Franchise Brokers
Sponsored
How Rita's Italian Ice & Frozen Custard Franchise Drives Revenue for...
Just Getting Started? Sound Advice for Emerging Franchisors
Founders: When Is the Right Time To Franchise - and How Do You Know?
Finding the Right Spot for a Franchise is an Artful Science