Why Your Franchise Sales Process Is a Disaster, Part 1 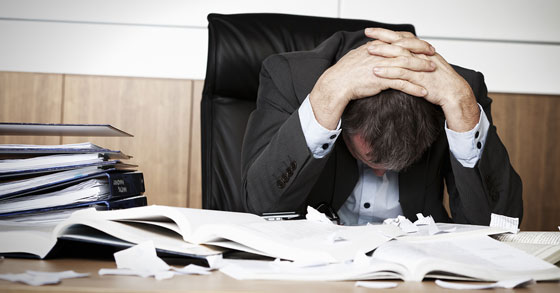 Editor's note: This is part 1 of a serialized version of a recent e-book from Franchise Performance Group called Why Your Franchise Sales Process Is a Disaster: What a breakthrough franchise sales process looks like.

For more than 10 years, I had the distinct good fortune to live and work in the rural and pristine Berkshire foothills of Litchfield, Conn. "The Northwest Corner," as the locals call it, explodes into life in the spring. That's when the weather gives way to warm, comfortable and shady summers, and then fall bursts forth with vibrant and colorful glory. (Winters are not so pleasant, which is why I hightailed it to Nashville, but that's another story.)

To take advantage of the gorgeous three seasons, and to overcompensate for the winters, I decided to purchase a large sunroom to use as a seasonal home office. I researched some manufacturers and invited a large national contractor out for a bid. When the bespectacled, nerdy, 30-something salesperson rapped meekly on my door, it set our two poodles into a barking frenzy. (We herded the dogs into another room so they didn't cover the poor man in cuteness and saliva.) In one sweeping motion, I let the man in and introduced myself. He had the appearance and personality that virtually ensured that everyone he met would forget his name at "Hello." Including me. Since he looked and carried himself like an "Alvin," henceforth I will call him "Alvin."

I invited Alvin into our dining room. We chatted briefly about what I was looking for in a sunroom and why. Or, rather, I did. He just nodded robotically as he half-listened to my reasons for wanting to buy a sunroom. Moments later he reached down and pulled out a 100-page salesman's flip chart. He started feverishly flipping pages while he explained the science, logic, and benefits behind tempered glass, foam insulation, snow-proof roofs, and aluminum frame construction. He paused only briefly now and then to take a deep breath, as though he were about to swim three lengths of a pool underwater. After about 5 minutes of his relentless verbal carpet bombing, I'd had enough. I reached over, gently closed his flip chart and pulled it away from him with the stealth of a seasoned ninja.

Stunned into silence by my lethal combination of take-charge attitude and mad ninja skills, his jaw dropped. I took advantage of his shocked silence.

"Alvin, let me enlighten you as to the certain train wreck that will occur if we continue down the track we are on. In 5 minutes or less I will stop listening. But you won't know that, because I will maintain the illusion of paying attention - just like I did for the old nuns in Catechism class. In 10 more minutes I will lose my patience, and you and your little flip chart will be outside my house wondering what the heck just happened. You look like a nice guy. And I really want a sunroom. So let me tell you what we are going to do differently. I am going to ask you questions. You are going to give me honest answers. If I don't ask you something, just assume I don't care."

Then Alvin said something. Something that indicated how trapped he was in his underperforming franchise mentality: "But that's not my sales process." To the myopic "Alvins" of the franchise sales world, I ask, "Why should buyers care about your franchise's sales process?"

Right now legions of adamant, yet underperforming, franchise sales people are answering as though with one voice, "If they can't follow our sales process, then they won't follow our operating processes and procedures also."

Let me also ask you the following: Was Alvin's sales process consistent with your buying process? Or, more importantly, mine? Is it unreasonable for me to refuse to listen to a 90-minute, 100-page opus about the history and evolution of the three-season sunroom? Would my staunch unwillingness to suffer such excruciating boredom say anything about my credentials as a buyer?

Next time: Meeting candidates where they are.

Joe Mathews is a founding partner of Franchise Performance Group, which specializes in franchisee recruitment, sales, and performance. This is an excerpt from his recent e-book. Contact FPG at 615-628-8461 or joe@franchiseperformancegroup.com.

Yes, Franchising Is for the Young!
Site Selection: Other Factors To Consider
Sponsored
Phenix Salon Suites Growing Globally and Supporting Operators Every Step...
Space Is the Place: Breaking Ground is Hard to Do in 2017
Do Your Managers and Employees Love Their Jobs?
Supply Chain Management as a Franchise Sales Tool