WPEC comes from humble beginnings, starting in 2009 when they featured a single table with a banner hanging from a brick wall. Fast-forward to 2019, WPEC has been established as the ULTIMATE ROCK N’ ROLL Stage Show that welcomes upwards of 20,000 Fans, serves 8,000 FREE Poutine a year, and has raised over $250,000 for charity just in the past three years alone!

The CEO Charity Eat-Off raises donations to benefit the brand’s national charity partner, Friends of We Care, who raise funds to send children with disabilities to fully accessible summer camps. 40 executives will train for the showdown and push themselves to their Poutine crushing limits to raise this year’s goal of $120,000. Even more dollars will be raised for the kids through beer ticket sales inside the Brock Street Brewing Company Beer Lounge and t-shirt sales featuring limited edition, custom shredded, designer tee’s.

“When we launched this puppy back in 2009, it was all about the eating, and entertaining our fans in a totally unexpected way!” says Ryan Smolkin, CEO (Chief Entertainment Officer) of Smoke’s Poutinerie and the creative mastermind behind WPEC. “Now, even though we bring our own brand of entertainment to our Fans, it’s truly all about the kids - about contributing over $250,000 so far to charity, that’s why we throw this ROCK N’ ROLL Stage Show!”

"A favourite of our Major League Eating circuit, this unique competition has always brought electrifying energy and our eaters can only expect an even louder crowd for the tenth year," says Sam Barclay, emcee of Major League Eating. "The finest eaters in the world will have to prove their skill in pursuit of the Smoke’s Poutinerie World Poutine Eating Championship title.”

There will be no shortage of lumberjack plaid and 80’s glam rock tunes as the amps are turned up to eleven! Toronto’s iconic radio personality Dean Blundell will be taking the stage as emcee to keep the crowd FIRED UP through the day, while KISS cover band Destroyer ROCKS the square with LIVE music! As always, Fans can also indulge in FREE POUTINE, exciting sponsored activations, selfie spots, prizing + more!

This year, Fans will also get a sneak peek of what the future holds for the legendary annual WPEC event. In the summer of 2020, WPEC will transform into an event unlike any other in Toronto when Smoke’s Poutinerie launches SMOKE-A-PALOOZA! The Rock N’ Roll Psycho Circus event will take WPEC to a whole other level with more WEIRD, WILD and WACKY entertainment, more Poutine, and it will become the new Smoke’s Poutinerie signature event.

Founded in 2009 by creative genius Ryan Smolkin, Smoke’s Poutinerie is the World’s Largest & Original Poutinerie. Representing 80’s Canadiana culture, known for the signature lumberjack plaid, and glam rock music, Smoke’s Poutinerie serves over 30 varieties of its famous poutine. With 150-plus locations across North America and international expansion into the Middle East, Europe and the UK, the brand is on course for GLOBAL DOMINATION!

Major League Eating (MLE), the world governing body of all stomach-centric sports, conducts more than 80 events annually, including the Nathan’s Famous Fourth of July International Hot Dog-Eating Contest in Coney Island, N.Y. The competitive eating community is made up of more than 8,000 veteran and rookie gurgitators who travel the nation in search of top titles and the glory that they provide. For more information, visit www.IFOCE.com, www.facebook.com/eatfast or twitter @eatingcontest. 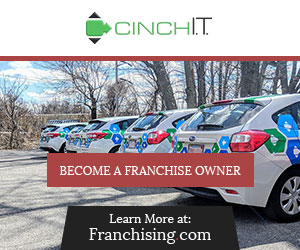