Checkers Record Growth the Result of Systems and Franchisees 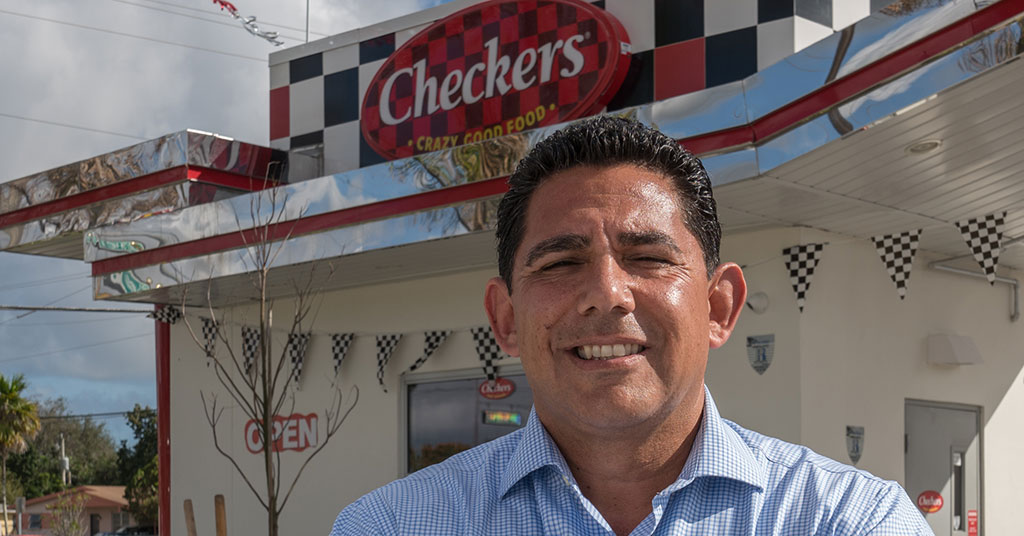 Fasten your seatbelt, Checkers & Rally’s expansion and growth is picking up speed.

The iconic red trim and black-and-white tile burger brand is coming off a year where it opened 50 new franchise units, while looking ahead to a planned 76 new restaurants before 2018 is over. The brand, say executives, is now on pace to open 100 units in 2019. All in all, the brand expects to boast 1,200 restaurants by 2020.

The brand’s success can be traced to its dedicated corporate team and the support and training it offers, its unique and efficient retail space models, and its passionate, high-performing franchisees.

At Checkers & Rally’s, it’s more than just a business. The relationship between the corporate team and the franchisees is unique.

“As an executive team we know each franchisee individually, and we know their families,” says Jennifer Durham, Checkers & Rally’s chief development officer. “We know what’s going on in their lives. And vice versa. They have a direct line, open line,

directly to us. And that sense of family and community is really important when you need to make changes in the business.”

There are other unique characteristics of the Checkers & Rally’s brand. The drive-thru restaurants are typically only about 900 square feet – there’s no dining area. That’s because the brand targets food choices and budgets of the consumer on the go. The menu runs from burgers, hot dogs, chicken and fish, to chicken wings in five flavors, Kool Aid slushies, and famous seasoned fries. The smaller footprint also fits in retail spaces where other brands can’t go. The brand recently introduced its new modular design structure that’s less expensive to build and goes up in half the time of a traditional building.

“A very important piece when developing is the ease of where you can get a spot for Checkers,” says Angelo Freites, a multi-unit Checkers franchisee in Florida. “In previous brands you needed more than an acre to open a location but with Checkers you can come in around 15,000 square feet in the right location and put up a restaurant quite quickly.  There is so much room for growth you can really be the franchisee of choice in that DMA.”

But maybe the real secret to Checkers & Rally’s success is its franchisees. Michigan-based Paul Amell operates 13 Checker’s & Rally’s locations. He’s driven success at his units for years now and today it’s a family affair as his son works right alongside him. “My son is well-versed and enthusiastic about the business,” says Amell. “He has the skill set to handle this operation and take over the business someday.” 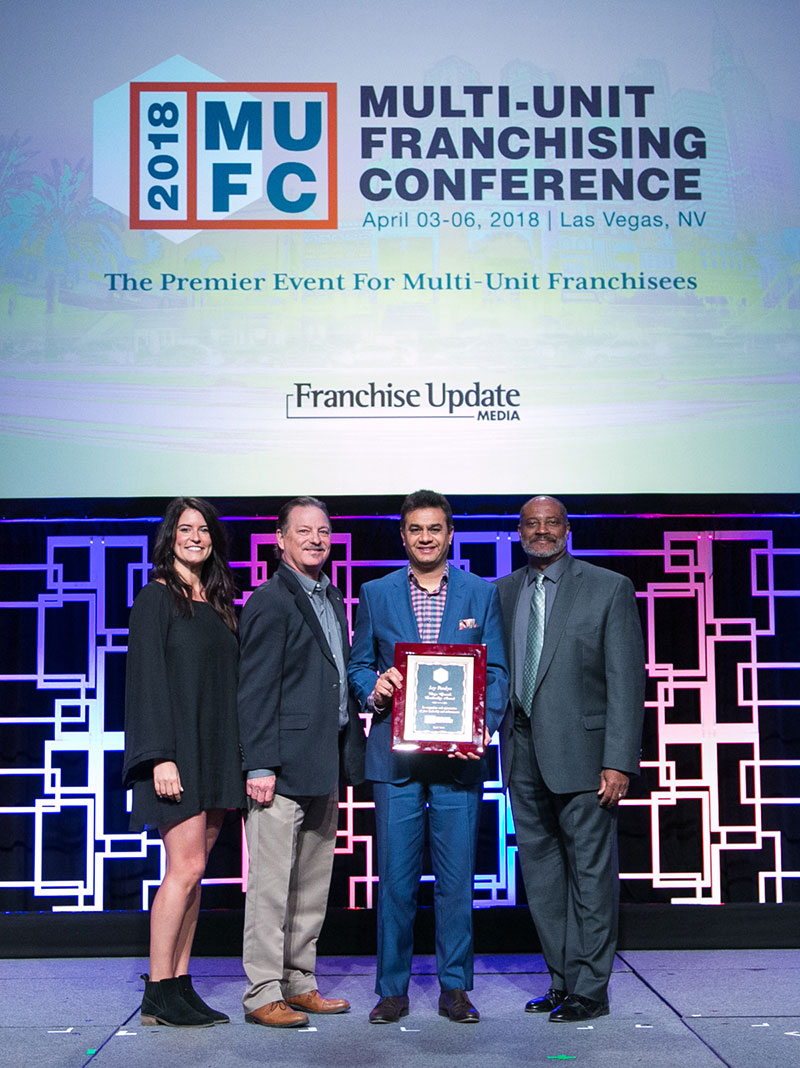 Freites currently operates 15 Checkers restaurants in Florida. The lifelong restaurateur recalls telling his wife when he first got into the Checkers brand that he would only do two units. “She said, ‘no you’re not, that’s just not in your system.’ And you know what? She was right. Here I am a little over two years later with 15 restaurants.” He’s on track to open additional restaurants in 2018 and hopes to have 50 of the brand’s units open within the next decade.

Checkers & Rally’s franchisees are not just acknowledged by their brand. Jay Pandya began franchising with Checkers & Rally’s in 2013 and today operates 46 locations in Pennsylvania and Alabama. He was just recently recognized with Multi-Unit Franchisee magazine’s prestigious MVP Award for Mega Growth Leadership.

Checkers & Rally’s is on a roll. Growth is hot, territories are available, and convenience and affordable foods remain popular with consumers. Now is a great time for multi-unit franchisees to consider joining the Checkers & Rally’s brand.

Visit http://checkersfranchising.com to find out more about how to team up with the brand and be a part of the record growth.