Ford's Garage Serving Up Burgers With A Side Of Automotive History 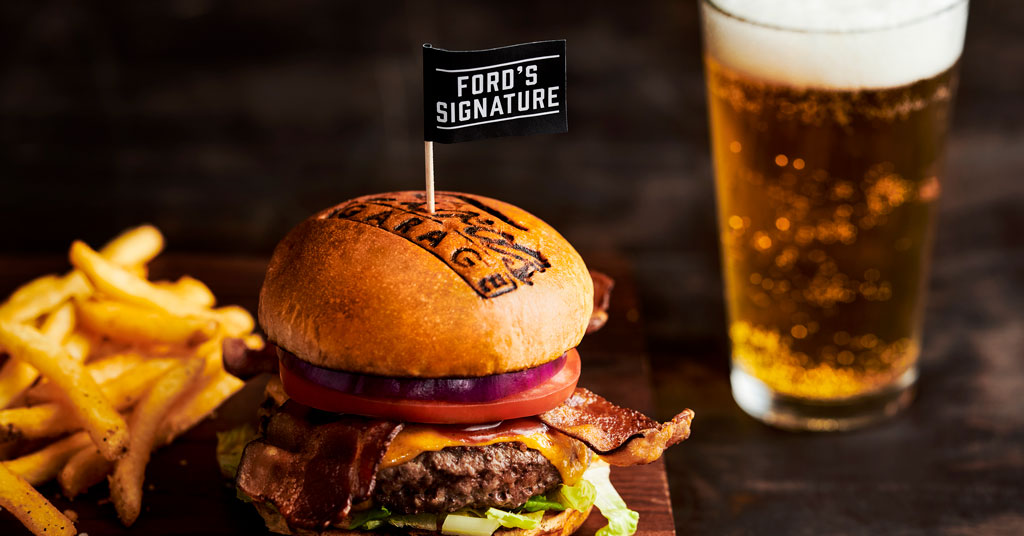 Armed with an exclusive licensing agreement with Ford Motor Company,

TAMPA, Fla. – Ford Motor Company has quite a rich history as one of America’s most important manufacturing companies. That history also translates to a pretty cool dining experience, it turns out, as Ford’s Garage is proving at its growing number of restaurants across the country.

The original Ford’s Garage opened up in Fort Myers, Florida back in 2012, less than a mile from Henry Ford’s winter home. In the years since, the budding burger-and-craft-beer franchise has expanded to include a total of 21 locations across five states (Florida, Indiana, Michigan, Ohio and Texas).

Most recently, Ford’s Garage announced plans to add at least 8-10 new restaurants nationwide by the end of 2023. Development deals have already been signed for restaurants across Florida, Kentucky, Michigan, New York, Ohio and Texas.

Looking beyond 2023, the company plans to open 10-15 new locations annually.

“That’s to start with,” said brand president Steve Shlemon. “We’re proud of how far we’ve come along and excited about where we’re going. With our many Ford-inspired design cues and first-rate service, Ford’s Garage promises to continue to inspire additional locations all across the country.”

It all began when four entrepreneurs came together to set up the first Ford’s Garage in 2012 in Fort Myers, Florida with no affiliation with the automaker. When the concept caught the attention of the car maker in 2014, the restaurant group embraced the opportunity to build the brand together and signed a licensing agreement in 2016. Today, Ford’s Garage is the first and only restaurant to be allowed rights to Ford’s iconic blue-oval logo, as well as other of the automotive giant's brand imagery.

Such items have become standard décor at Ford’s Garage. Each restaurant is sculpted to look like a 1920s service station and is filled to the brim with Ford memorabilia, including vintage vehicles, fixtures, and gas pumps, as well as a Model T or Model A car suspended above the center bar. The restaurants are decidedly vintage, mixing prohibition-style elements like brick, richly colored woods, and a copper bar top that’s hammered by hand.

“Every aspect is branded,” Shlemon said. “It’s lots and lots of fun for everybody.”

Aside from all the nostalgia, Ford’s Garage is a good old-fashioned burger and beer joint, too.

The bars highlight over 100 types of beer including more than 30 drafts on tap, with an emphasis on local microbreweries. The restaurants also serve wine, cocktails and nonalcoholic options.

According to Vice President of Business Development & Franchise Relations Scott Estes, Ford’s Garage has proven itself a turnkey operation that is a popular dining out choice in any neighborhood. “We look forward to welcoming new franchise partners to the family and serving up even more of our burgers nationwide with a side of automotive history,” he says.

Founded in 2012 and franchising since 2015, the original Ford’s Garage opened in Fort Myers, Florida, less than a mile from Henry Ford’s winter home. Today, the Ford Motor Company-inspired, 1920s garage-themed burger and craft beer restaurant franchise has expanded to include a total of 20 locations across Florida, Indiana, Michigan, Ohio and Texas. For more information, visit www.fordsgarageusa.com.

SPONSORED BY:
Ford's Garage
Our nostalgic dining experience transports customer to a 1920's garage. Our menu drives broad guest appeal with hand-crafted America fare. Ford's Garage is one of the hottest concepts, with licensing right from one of America's most iconic brands. Learn More