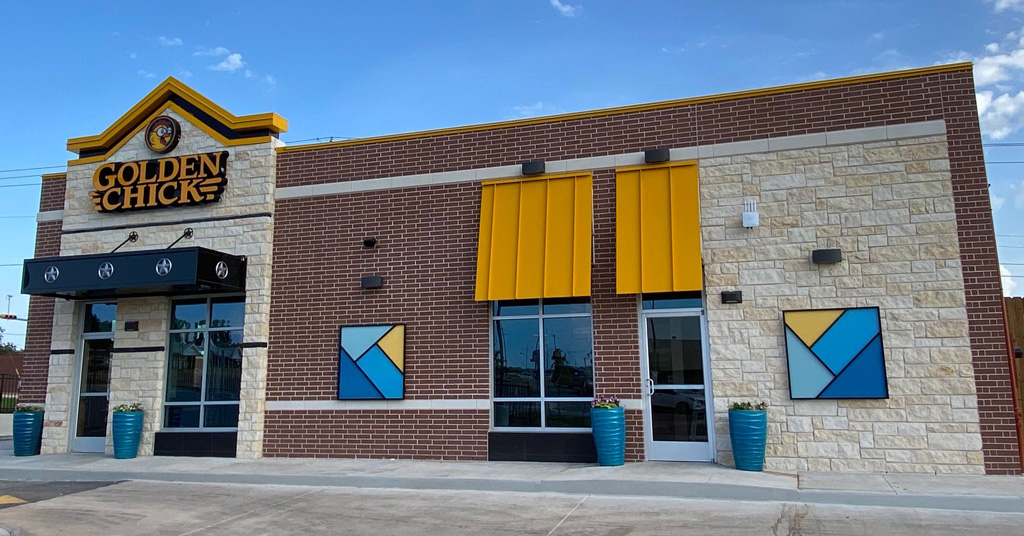 Following extensive testing, refining, and its initial debut, chicken QSR leader Golden Chick’s unique new modular design restaurant building is ready to hit the market in numbers. The unique design offers franchisees a number of advantages as they seek to open for business and maximize their investment.

Golden Chick’s new modular design can get to market faster, reduce overall development costs, and has a smaller footprint, which can help maximize real estate, says Golden Chick director of construction Jay Alexander. “The modular units that have opened so far demonstrate its ability to offer another successful build option for franchisees.”

The Texas-based QSR brand has been turning heads of late with numerous industry awards and recognition and a growing fan base. With more than 200 locations throughout Texas, Oklahoma, Florida, and Louisiana, the brand has been adding units and its average sales per store has increased by more than $300,000 to $1.3 million.

The modular design is expected to be a game changer for Golden Chick and its franchisees. At just under 2,000 square feet, the units are first constructed by the manufacturer in three pieces and even include finished out electrical, plumbing, and HVAC before it even ships to the franchisee’s location. Meanwhile, the brand’s general contractor is on the ground getting permits, pouring the foundation, and prepping the site for the modular unit’s delivery.

“We handle the building and construction for the franchisee,” says Alexander. “One of the biggest advantages is that these can units can be opened a month faster than a traditional build.” The building process takes approximately six weeks to complete once the building is delivered onsite.

The smaller footprint meant Golden Chick had to revise its dining room layout and parts of its kitchen operations. This has resulted in an efficient kitchen flow to accommodate higher volume locations while not compromising its family dining atmosphere, says Alexander.

The modular units have a great look too, says Alexander. When consumers see the modular stores they look just like a traditional building, keeping intact Golden Chick’s signature uniform look and feel.

So far, three Golden Chick franchisees have opened stores with the new design and say the results have been great. Those happened last year and there are already three more scheduled for construction in Q2 of 2022.

Alexander says the brand is constantly refining and making adjustments to the modular program with the ultimate goal being increasing efficiencies and profitability for franchisees. “We may increase the size some and there could be a drive-thru and walk-up-only model in a modular format,” he says of the plans.

Golden Chick’s progressive new modular design restaurant offers a chance for both new and existing franchisees to open units with the leading QSR brand and get to market faster. That means there’s no better time to consider investing in Golden Chick than now. The brand is in growth mode, sales are high, and there are open markets and territories for the right franchisees.

Find out more about Golden Chick, its history, how its franchisees achieve their dreams, and just what it takes to open a Golden Chick by visiting goldenchickfranchising.com or calling 833-963-2525 for more information. 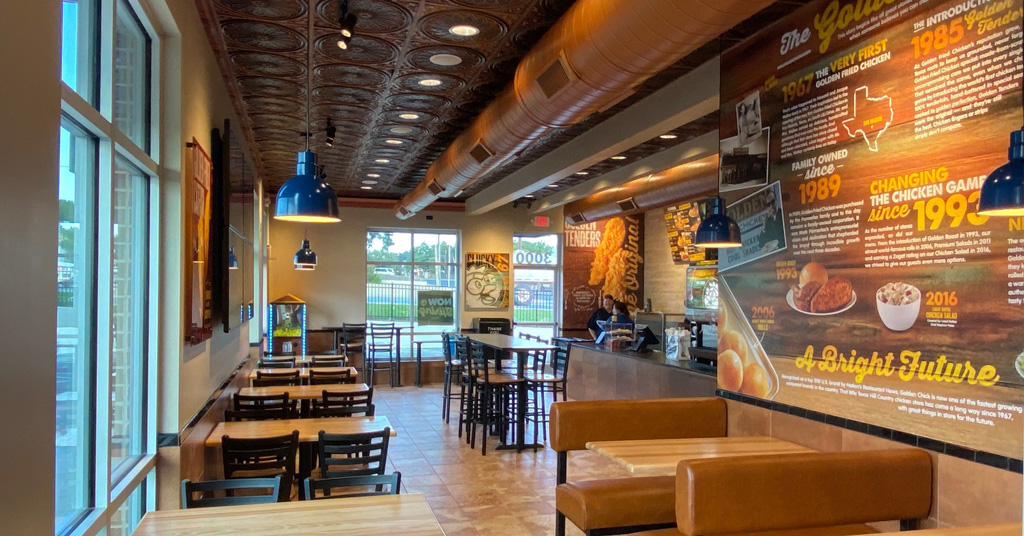