Growth Heats Up For Huddle House 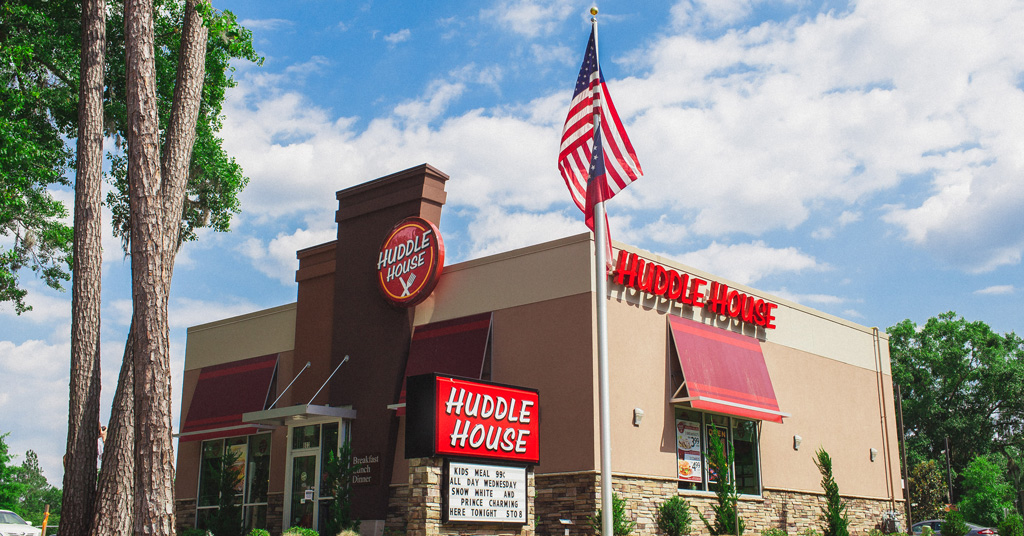 Huddle House is doubling down on growth with an aggressive corporate development strategy set to escalate nationwide franchise momentum for the beloved family-dining brand.

With the recently opened Huddle House restaurant in Hokes Bluff, Alabama, the Atlanta-based franchise launched plans to open 12 new corporate locations annually over the next five years.  A second company-owned Huddle House is slated to debut in Carthage, Mississippi, in early July for the brand, which boasts nearly 400 restaurants open and under development.

Huddle House’s renewed focus on internal growth is part of an overall strategy to expand the presence of the iconic brand from its Southeast roots into hundreds of new markets across the eastern half of the U.S. In the coming weeks, eight new franchise restaurants are scheduled to open in seven states spanning from Virginia to Texas.

“We have always been focused on and committed to growing our franchise system – a strategy that proved to be beneficial in expanding our presence across the eastern U.S.,” says Christina Chambers, senior vice president of franchise development at Huddle House.  “Now, we’re committed to continuing a dual path of expansion – supporting franchise growth while also putting our own “skin in the game” through new company-owned restaurants.”

Over the past 55 years, Huddle House has built a loyal following as a top full-service restaurant brand known for serving up big portions of round-the-clock breakfast at fair prices with loads of signature Southern hospitality.  Restaurants are adored in their communities for their warm, friendly atmospheres where every conversation, sip of coffee, and bite of home-cooked meals are savored.

Huddle House is poised to bring its welcoming ways to new communities with explosive growth as a top food-based franchise.

Plans include the addition of 135 restaurants in the next five years expanding Huddle House’s super-regional footprint into such prime areas as North Carolina, Arkansas, Texas, and Missouri. 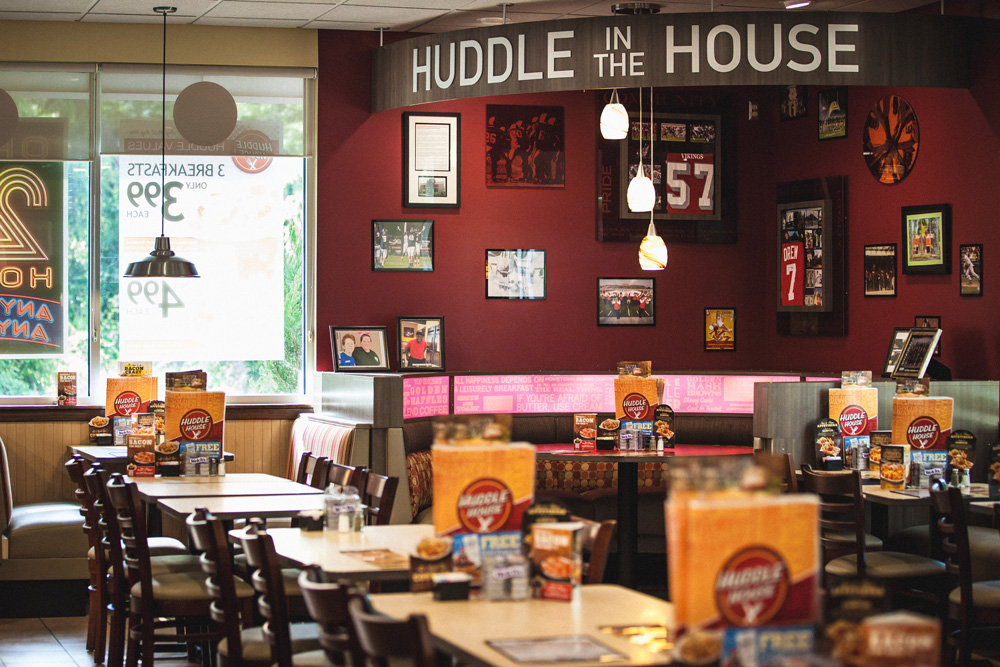 The brand initially plans to amplify corporate growth close to home in small, underserved Southeastern communities in Alabama, Mississippi, Georgia, and South Carolina, “where we do not encroach on existing Huddle House restaurants or take away targeted growth opportunities from our franchise partners,” notes Chambers.

“We’re more confident in Huddle House today than ever before, and we’re demonstrating that not only to our franchise partners but also to the franchising and restaurant industries by making significant investments in corporate expansion,” says Chambers. “We want to continue to evolve the brand holistically, and our corporate growth strategy allows us to do just that—and more.”

“If we can prove that something works on an operational level within the company restaurants, we’re better able to present these new initiatives to our franchise partners and ultimately get their buy-in and participation,” adds Chambers.

Huddle House’s hearty appetite for expansion is expected to be bolstered with the 2019 rollout of a new store design, with the option for a smaller footprint. The smaller 2,000 square foot restaurant retains the Evolution prototype design, which in recent years has led to record highs in average unit volume.

More creative strategies to support franchise growth are on the way. Huddle House plans to roll out a low investment turnkey opportunity for franchise investors with restaurant management experience. The program will be unveiled in August in Huddle House’s 2019 Franchise Disclosure Document.

For information on the Huddle House franchise opportunity, visit huddlehousefranchising.com.