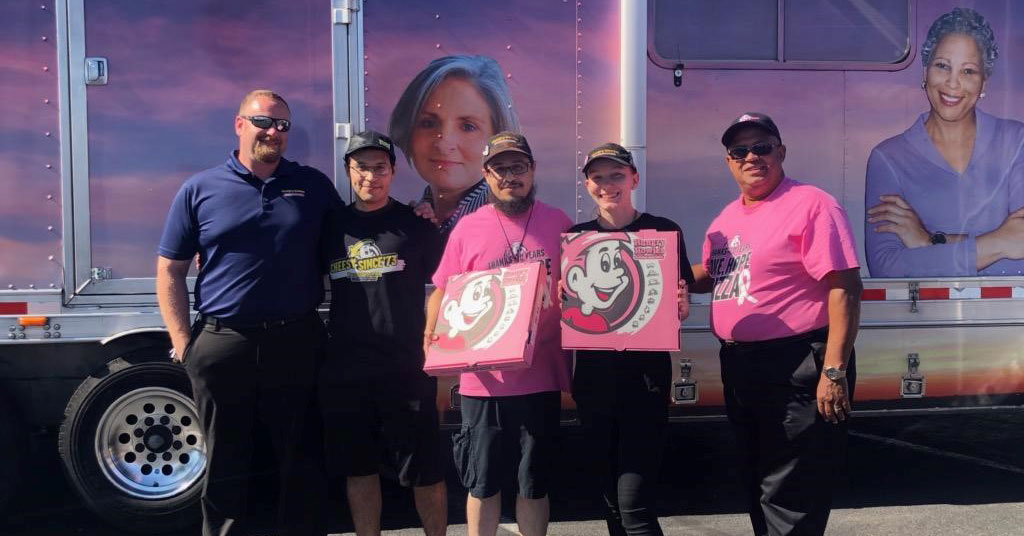 There’s a whole lot of love to be found at Hungry Howie’s Pizza.

A decade ago, Hungry Howie's Pizza found itself in a price war to win pizza orders during a recession. While other chains cut quality to reach a lower price, Hungry Howie's refused to sacrifice quality or price changes. Instead, the beloved originator of Flavored Crust® pizza created the Love, Hope, & Pizza campaign, which is dedicated to raising funds and awareness for the National Breast Cancer Foundation, Inc.® (NBCF).

Since the campaign launched in 2009, Hungry Howie's has raised nearly $3 million to support the National Breast Cancer Foundation. Every October during their Love, Hope, & Pizza initiative, Hungry Howie's serves its famous Flavored Crust® pizzas in pink boxes embossed with the NBCF logo. When customers order a pizza at Hungry Howie’s and are presented with the unique pink box, they are assured that they are dining for a good cause in support of October's National Breast Cancer Awareness month.

In celebration of Hungry Howie’s 10th year of Love, Hope, & Pizza, the Madison Heights, Michigan-based brand took their support and dedication to a new level. Among them, a partnership with mobile mammogram units for uninsured women in select cities and an ongoing online program that allows customers to donate to the cause when they "round-up" their bill to the nearest dollar.

“Giving back is a part of Hungry Howie’s DNA. All franchisees are approached on a regular basis to participate in charities and make donations,” says Steve Jackson, CEO and President of Hungry Howie’s. “For many years, we tried to be all things to all people, and that's hard to do. We still participate in many charities, but we wanted to really make an impact towards one charity. The topic of breast cancer came up many times; almost everyone is touched by breast cancer at some point in their lives.”

Hungry Howie’s aims to spread awareness not only through its nationwide in-store and online purchases but also through social media. The digital world has opened new philanthropic avenues of opportunity for Hungry Howie’s such as hosting pizza giveaways to the first 10,000 pizza lovers on Facebook and a social media campaign that encourages fans to share their experience with breast cancer and stories of love, hope, and inspiration using the hashtag #lovehopepizza.

"We are proud to celebrate ten years of our Love, Hope, & Pizza campaign and we look forward to supporting NBCF on raising breast cancer awareness beyond October," says Steve Jackson, CEO and President of Hungry Howie’s.

Are you hungry to start a rewarding business? Discover your opportunities at franchising.hungryhowies.com. 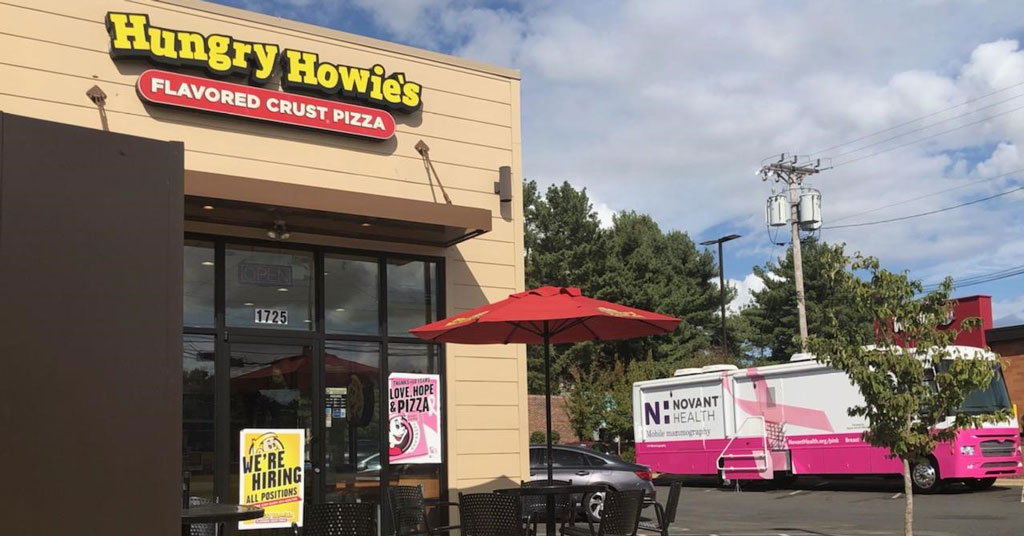 SPONSORED BY:
Hungry Howie's Pizza
Hungry Howie's is currently EXPANDING! Top Markets are available for single or multiple unit development. Get the EDGE over the competition with FLAVORED CRUST Pizza and find out about our franchise opportunities today. Learn More