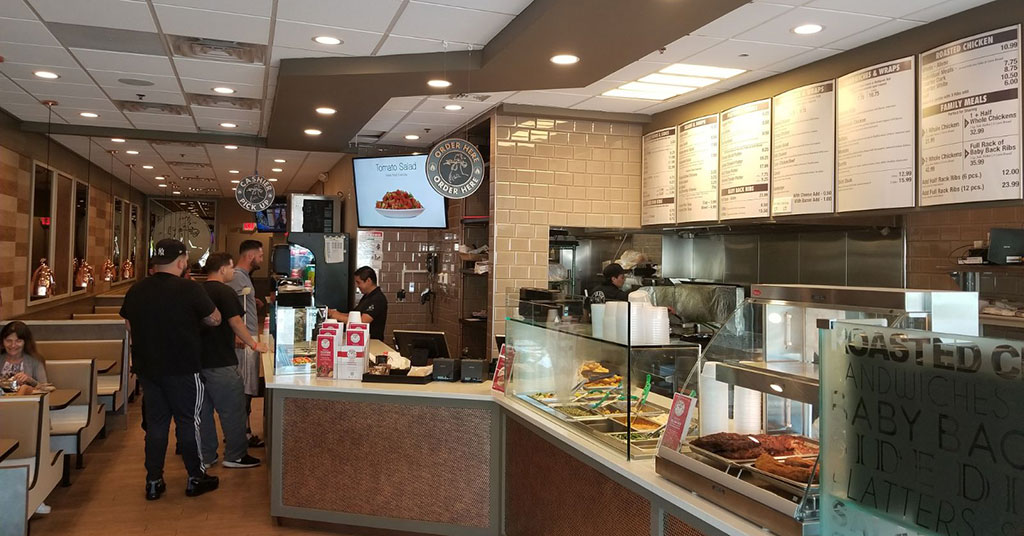 La Rosa Chicken & Grill is hitting the road to national expansion with a proven concept and a pioneering passion for the brand—built from the heart.

Founder Vincenzo Pugliese opened his first La Rosa Chicken & Grill in 1994 in Marlboro, New Jersey, focused on swiftly served, scratch-made, high-quality fare, long before QSR was coined as a darling of the industry.

With 12 locations in New Jersey and New York and growing, the emerging roasted chicken brand is poised to expand its footprint, armed with a loyal following and a winning blueprint for success as a “Modern World Eatery that stays True to Old World Traditions.”

“A lot of times when companies grow, they lose the feel of the single proprietorship that they started with—and I refuse to let that go,” notes Pugliese, chief executive officer of La Rosa Chicken & Grill. “Whether it be the quality of our food, our warm ambiance, excellent customer service, or simply how we greet our patrons who have been dining with us for decades, we are going to share that knowledge and philosophy of doing business, and instill it in our future team members and franchisees, so we will only become stronger as a brand.”

Pugliese inherited his passion for food and the restaurant world from his father, who moved from Italy to the U.S. as a teenager, where he worked as a longshoreman, before opening a pizza restaurant and series of food outlets in local malls.

“We only knew how to speak restaurant language in my home,” remarks Pugliese, who grew up working in his father’s restaurants. “My father blessed me, because he created a company back in the day that opened multiple units – which was pretty impressive being an immigrant.”

Pugliese brings a wealth of experience to the La Rosa brand as a visionary entrepreneur, who has spent the past 25 years perfecting his concept—now primed for franchising. The brand boasts a state-of-the-art POS system and a solid turnkey operational platform of support.

“I invested a lot of money, time, and trial and error to make sure La Rosa stands equal to any competitor in the market,” Pugliese says. “We give franchisees the tools to run the concept the way a successful La Rosa should be run.”

La Rosa is also a solid franchise investment.  The brand offers a “relatively low-cost entry,” with historic high monthly multiples and patrons who are second to none. Pugliese estimates an even split between both lunch and dinner business and La Rosa’s customers who choose to dine-in or enjoy the brand’s take-out services.

“We are already meeting the needs of the future –and where the quick service restaurant industry is going,” notes Pugliese. “We offer dine in, take out, and online delivery, so we are well balanced. LaRosa always stays busy.”

With a focus on strategic growth, La Rosa Grill expects to add another 20 restaurants to the fold within the next two years. Pugliese seeks to grow the company with “quality, not quantity,” focusing on seasoned restaurant operators and experienced multi-unit franchisees looking to diversify.

“I’m just excited to see where La Rosa is going to go,” says Pugliese. “The people who have invested in the franchise, so far, have been customers and are now successful, experienced franchisees. Most of the deals have been for multi-units because that is how much they believed in the concept from the moment they signed on. My goal is to make sure that every La Rosa that opens up is another success story.”

Ready to be part of the La Rosa Chicken & Grill story? Visit, larosagrillfranchise.com.