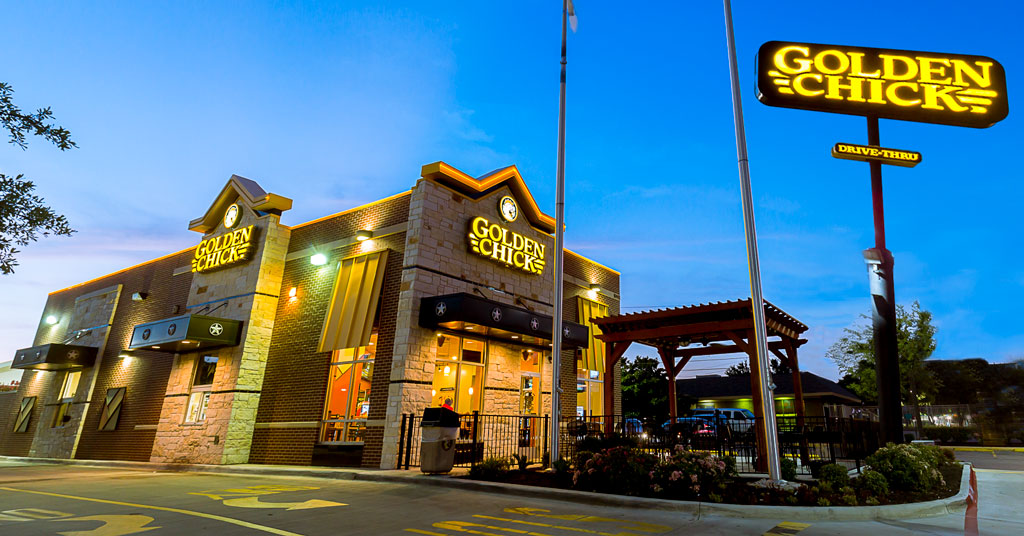 There’s a golden opportunity on the horizon with Golden Chick. The Texas-based QSR chicken brand has been serving up its signature golden fried chicken, salads, and sides for more than 50 years now. That formula for success has seen the brand experiencing rapid growth and it’s looking to keep the momentum going. QSR restaurants are expected to grow 6.5% worldwide by 2026. That’s why it’s the perfect time for Golden Chick to roll out a fresh incentive program that is sure to entice new and existing franchisees to sign on for an incredible opportunity.

The second incentive plan is for new store development. New or existing franchisees who sign new agreements can receive discounts based on how quickly they get their stores open. “You normally have 12 months to get a store open, and for each week early that you open, prior to the 12 month deadline,  you get relief on royalties,” explains Stevenson.

The next incentive plan is for franchisees who sign an agreement for 5 or more locations. For every location opened early in the agreement franchisees get $10,000 per quarter. For example, a franchisee who signs a 5-store agreement and gets all stores open by the end of the fourth year is going to get $40,000.

Finally, there is an incentive plan for females, veterans, and first responders. These operators will pay no franchise fee for the first location.

Stevenson says Golden Chick plans to formally announce the incentive program at its franchise convention in August and that the program will run from January of 2022 through December of 2022.

Golden Chick has a strong customer base and brand recognition. It’s a brand that stands solidly by its franchisees while providing exceptional support, bulk purchasing pricing, ongoing training assistance, and operational systems designed for maximum efficiency. Other areas of support the brand provides its franchisees include assistance with site selection, construction, a highly effective supply chain, and tailored marketing campaigns.

Golden Chick has always worked hard to create a seamless process for its franchisees. Over the last year the brand has streamlined its business model and developed systems that greatly simplify things for franchisees and their employees. “When it comes to point-of-sale systems, bookkeeping, ordering, and marketing, we take the hassle out of running your restaurant, on a day-to-day basis,” says Stevenson.

There’s no better time to consider joining the Golden Chick family than now and taking advantage of the brand’s upcoming incentive program. There are open markets and open territories and a golden future for the right franchisees.