Pinch A Penny Pool, Patio, and Spa Named a Top Franchise for Women 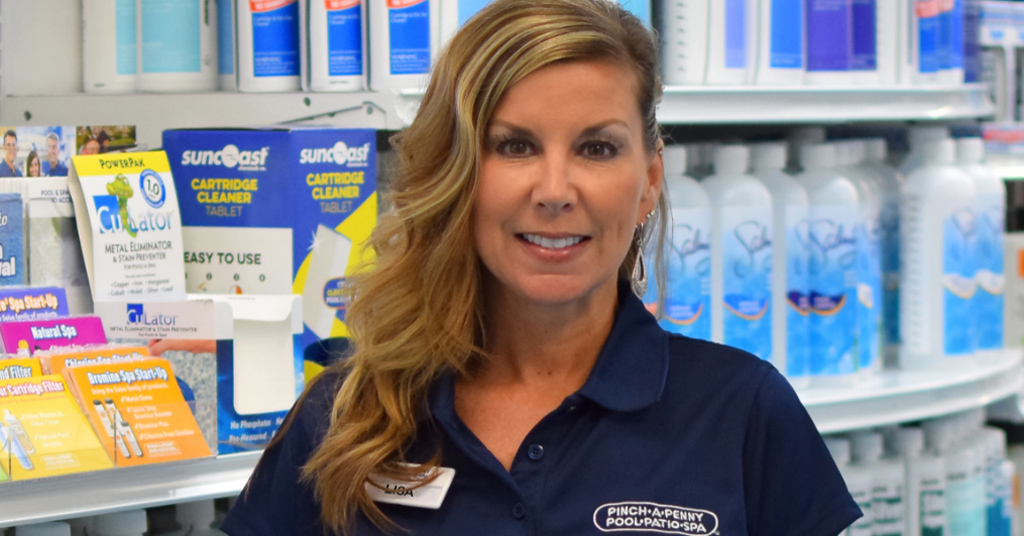 Pinch A Penny Pool, Patio, and Spa has been proud to see a growing number of female Franchise Owners joining its family in recent years, and now the franchise world at large is taking note, too. In fact, Pinch A Penny was recently named a top franchise by Franchise Business Review in its 2019 Top Franchises for Women Report.

It’s the latest accolade for the nation's largest swimming pool retail, service, and repair franchise, with an already well-established reputation for its best-in-class customer service and expertise on top of its highest quality in products and supplies.

“At Pinch A Penny, we have no glass ceiling to break through and offer our owners a viable path to entrepreneurship, where they can be as successful as they want to be; it's what makes franchising so great, and it's one of the things we're most proud of as a company. Additionally, because our stores operate within daytime hours, many of our owners are able to achieve a work-life balance that so many business owners struggle to find,” said Michael Arrowsmith, Chief Development Officer of Pinch A Penny. “We're honored to be recognized by Franchise Business Review again, especially for a list like this one that showcases the diversity of our system and the satisfaction among our female owners.”

The Clearwater, Florida-based Pinch A Penny was among 265-plus franchise brands, representing nearly 8,800 female Franchise Owners, that participated in Franchise Business Review's Top Franchises for Women research. Pinch A Penny's

Franchise Owners weighed in on 33 benchmark questions for the FBR survey covering their experience and satisfaction in critical areas, including leadership, training, core values, business lifestyle, and overall enjoyment of running their franchise.

“I didn't think it was possible to be a woman and run a business like this and actually do all aspects of it by yourself – but look at me now,” Pinch A Penny Franchise Owner Lisa Ifland said. Ifland opened her first Pinch A Penny store earlier this year in the Dallas suburb of Plano, Texas, bringing with her two decades of procurement industry experience to her new role in franchising.

Ifland had been thinking about new business opportunities when her family built their backyard pool. In Pinch A Penny, she found a one-stop shop for patio, pool, and spa maintenance, repairs, and products. She was impressed by the proven business model having the widest available selection of pool chemicals, equipment, parts, and accessories—not to mention games, toys, floats and furniture. It explains why Pinch A Penny Pool Patio Spa continues to grow, now having more than 250 locations across the Southeastern U.S. and Texas.

Ifland has certainly hit the Pinch A Penny ground running with aggressive plans to “take over the entire Plano market,” where she’s estimated there are as many as 15,000 pools alone in a three-mile radius near her store. “You have to have the drive,” said Ifland. “But Pinch A Penny gives you the tools and lays the groundwork for you to have a successful company. I love the fact that so many women own and operate this particular business. It's an inspiration.”

“We wanted a business in line with our core values that would be something we could involve our entire family in and grow as our own,” Ifland says. “I also wanted a business that had a proven track record of success and could lay the groundwork for us to grow the company. That is what Pinch A Penny has provided.”

If you’re looking to franchise with a business that shares your core values and doesn’t believe in glass ceilings, dive into the details
at pinchapennypoolfranchise.com.