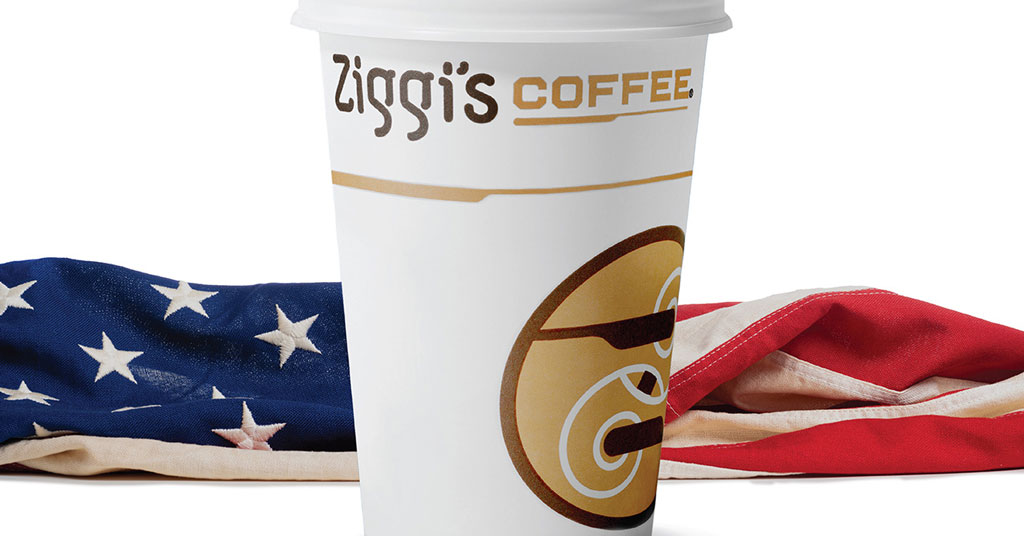 When experienced operators Nadja and Grant Springer went looking for a coffee franchise to add to their portfolio, it didn't take long for the South Carolina entrepreneurs to zero in on Ziggi's Coffee.

The Springers, set to open a Ziggi's near Myrtle Beach, South Carolina, say the path to success with the fast-growing specialty coffee shop and franchise stood above the rest.

"When researching coffee franchises, Ziggi's clearly out-performed all others," said Grant, a 26-year U.S. Army military veteran who retired in 2015. "Ziggi's company values, from both the corporate and franchise levels, are above all the rest. It is a true family environment."

The Colorado-based franchise's strong support of military veterans continues to deliver a competitive edge for Ziggi's, where every day is Veteran’s Day. Ziggi's, affiliated with VetFran, offers a discounted franchise fee for armed forces members all year.

Grant is a shining example of what veterans bring to the table as franchise owners. Along with an impressive background of service, he holds a Bachelor's in Business Administration and a Master's in Executive Business Leadership—one of two master's degree distinctions.

The Springers join a burgeoning base of military veterans who have taken advantage of the leading franchise's fast track into business ownership. Currently, 10% of Ziggi's shops are veteran-owned, highlighting the benefits of owning a brand that serves as an ideal second career after military service.

"After researching several opportunities, ultimately, our choice was Ziggi's due to their support of the veteran community and the feeling of family embedded in their culture," said Melissa Malone-Montgomery, a proud veteran of the United States Army and Ziggi's franchise owner. "We felt like family from the very beginning, and the level of support has been exceptional from day one. We encourage veterans to strongly consider Ziggi's in their search for a franchise."

Founded in 2004, Ziggi's has built a loyal following for its fast and friendly drive-thru coffee brand. The Ziggi's franchise opportunity was launched in 2016 after a decade of running successful café and drive-thru locations and continues to be carefully crafted with the same attention to detail.

The company remains on a mission to elevate the standard of service within the coffee shop industry and make a positive difference in each local community the brand serves.

"With every delicious cup of coffee, handcrafted drink, or signature food item, our growth will always seek to help those around us," added Grant. "This opportunity has given us the ability to contribute to our community in many different ways, and we are ready to embark on this exciting experience in this growing industry."

The franchising world has taken notice. Ziggi's Coffee ranks 46 on Entrepreneur's Top Franchises for Veterans, an impressive list of the top 150 franchises offering incentives and other programs to help veterans become franchisees. The brand also recently landed one of the coveted spots on Entrepreneur's Franchise 500, recognizing Ziggi's among the top 500 franchises for outstanding performance in areas like unit growth, financial strength, stability, and brand power.

With 62 locations nationwide and over 120 additional units in development, Ziggi's Coffee is poised for rapid nationwide expansion.