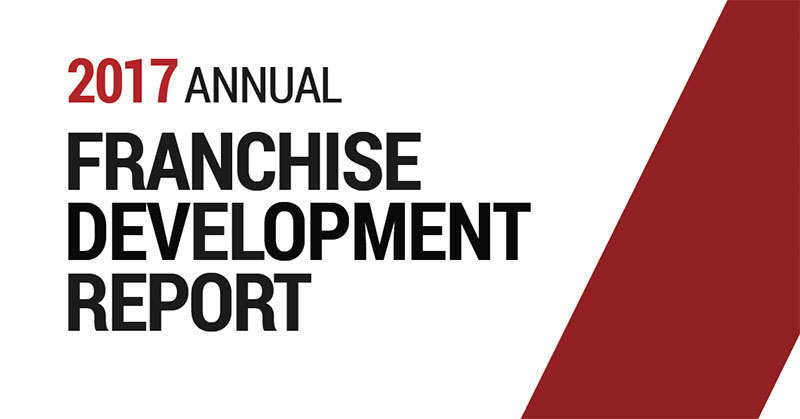 This is the fourth in a series of highlights from the 2017 Annual Franchise Development Report (AFDR). The 2017 AFDR, unveiled in late September at the Franchise Leadership & Development Conference, is based on responses from 167 franchisors representing 60,989 units (51,789 franchised and 9,200 company-owned).

Participants in the survey consisted of franchisors that completed an extensive online questionnaire. Responses were aggregated and analyzed to produce a detailed look into the recruitment and development practices, budgets, and strategies of a wide cross-section of franchisors. The data and accompanying commentary and analysis provide the basis of the 2017 AFDR (ordering information is below).

After taking the lead in 2012 as the top sales producer, digital continues to dominate, holding steady at 42 percent over the past 5 years. The other sources, which accounted for about 6 in 10 sales, have remained fairly steady over the past 6 years (except for “Other” in 2011, which has fallen by more than half as franchise brands have become more adept at tracking the sources of their sales). Referrals, considered by most to be the source of a brand’s strongest leads, remains responsible for 3 in 10 sales (30 percent). However, when it comes to attributing sales to online or digital sources, it’s important to remember, as Gary Gardner, chair of Franchise Update Media, points out, “The last click gets the credit.” He urges franchise sales executives to consider the extent to which their other marketing and promotional efforts contribute to the more easily measured digital share of spending on sales.

Ordering Information
The complete 2017 AFDR, with analysis and benchmarks, is available for $345. For ordering information, call Sharon Wilkinson at 800-289-4232 x202, email sales@franchiseupdatemedia, or click here.