7 Tips To Spot a Sales Superstar During Interviews 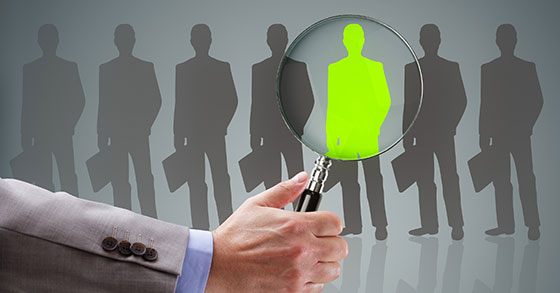 Interviewing sales candidates can be extremely difficult since even a subpar seller is trained to tell people what they want to hear. Many candidates look great on paper, only later to turn in lackluster performances.

Since the cost of bad hires is enormous for a company's bottom line, it is critical for those in charge of hiring to "get it right." The key is to look beyond the resume and test for certain personality traits. Here are the 7 most common personality traits found in top sales performers, and tips to find out if the candidate across the table truly possesses them.

1) Success-driven. While skills can be learned, a desire to succeed and a pattern of behavior often cannot. Since no sales candidate will assess themselves as unambitious, the interviewer must delve deeper. High performers have a pattern of accomplishments across all areas of their life, not just at work.

2) Confidence vs. false bravado. A salesperson can exude confidence in an interview, and still wilt under rejection or criticism. When the best salespeople are told "No," they are not defeated, they are invigorated.

3) Competitive fire. This is defined by Merriam-Webster as "having a strong desire to win or be the best at something." This is the fuel that powers salespeople to hunt new business opportunities, cold call, get in front of the key decision makers, and close deals.

4) Sense of urgency. The creed that "time kills deals" defines the top-performing salespeople. They understand that every minute not on the phone with prospects or meeting them face-to-face is potential lost revenue.

5) Primal need to influence others. Let's face it: people like to buy from people they like. This is not to say they are categorically extroverts (many great sales people classify as introverts), but simply that they have an innate ability to develop relationships.

6) Creativity. This is not a word that is always associated with sales people, but the best are very creative when it comes to removing obstacles and finding solutions to problems. As the saying goes, the best sales people don't ask permission, they seek forgiveness.

7) Perseverance and resilience. Great sales people do not let rejection prevent them from achieving success. They never give up on a deal until it is definitely dead - and if it is, they will find another deal to close in its place.

By using these interview tips, companies can best determine which candidate will become a long-term asset who helps drive sales and revenue.

Extraordinary Employee Incentives Still in Play in Today's Labor Market
Where Have All the Workers Gone?
Sponsored
Improve Customer Retention with Digital Signage
"Quiet Quitting": What it is and 3 ways to reduce it
3 Common Mistakes To Avoid When Setting Up a Board of Advisors
Report Finds Hiring Freezes and Layoffs Rising Among Small Businesses