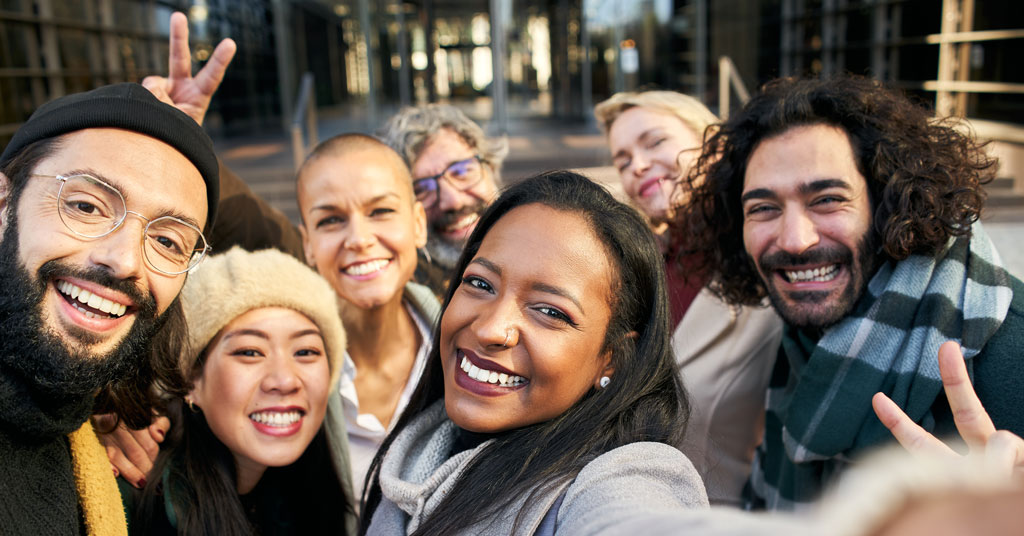 A new study from the Collage Group, “Understanding & Embracing Consumer Identity,” tackles the increasing importance of recognizing the connection of ethnicity, race, sexuality, and gender to consumer identity. It also suggests the preferred terms for each segment.

The 8-page study begins with a look at diversity: “Diversity is the future – and the present –of the United States. By the late 2040s, multicultural segments are expected to represent the majority of the U.S. population. For brands, this means that multicultural consumers already make up a significant portion of their audience.”

Sections that describe the country’s growing multicultural segments include the following:

“People just want to be referred to in a way that recognizes and respects their full identity.”

2) The Hispanic segment strongly identifies with “Hispanic” and “Latino”

“While many organizations and people use the terms interchangeably, they actually have distinct, yet overlapping meanings. ‘Hispanic’ refers to people of Spanish origin and those who come from Spanish-speaking countries, while ‘Latino’ and ‘Latina’ refer to people from a geographical region, Latin America.”

“In recent years, the three primary terms for self-identification within the Black segment have been ‘African American,’ ‘Black,’ and ‘Person of Color.’ Each of these terms carries its own connotations and perspectives on identity.”

4) A strong sense of Asian heritage

The Asian segment is unique in particular, because it’s composed of individuals from many countries who speak many different languages.

5) Varied responses to POC and BIPOC

“There are a lot of words that can be used to describe the collective grouping of Hispanic, Black, and Asian Americans: ‘Multicultural’, ‘BIPOC’ (Black Indigenous People of Color), ‘Non-White’, ‘Minority’. The list goes on. The challenge, again, is minimizing potential backlash,” said Bryan Miller, Senior Director at Collage Group.

The term ‘LGBTQ+’ – and others like it – generally refer to anyone who is not straight or cisgender…. Of the available terms for this community, ‘LGBTQ+’ and ‘LGBTQ’ were the two terms that this segment prefers most.”

“Pronouns are basically how we identify ourselves apart from our name. It’s how someone refers to you in conversation,” says Mary O’Hara, rapid response manager with the Gay & Lesbian Alliance Against Defamation (GLAAD). “It’s really just about letting someone know that you accept their identity.”