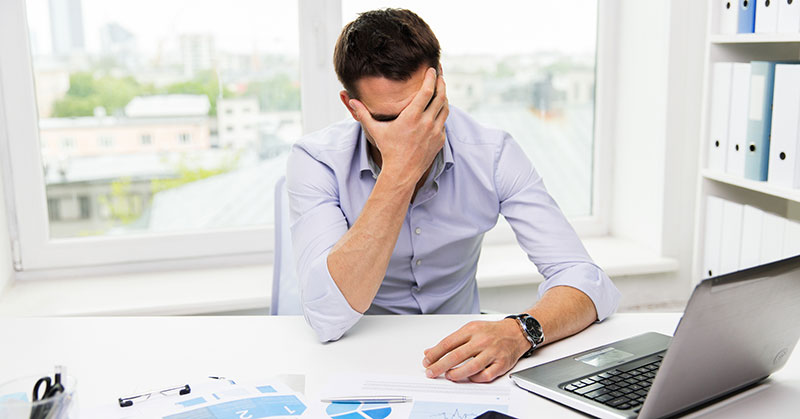 For a long time, United Airlines has been able to brag that they are not the worst airline at customer service in the United States. Spirit Airlines has always held that #1 spot, while United has always been the second-worst airline. However, the events of last week may have catapulted United to first of the worst. It is never just one thing that does a company in -- it takes several stupid events -- although the event that started United's recent spiral was one of the most horrific things I have ever seen a company do.

A United flight was overbooked so the airline started offering customers $400 and a hotel room if they offered to take a later flight. After the passengers boarded and still nobody had volunteered, United upped the ante to $800 and announced that the flight would not leave until four standby United employees had seats. After there were still no takers, a manager allegedly told passengers that a computer would select four passengers to be kicked off the flight.

A doctor, one of the passengers on the United flight to Louisville, was randomly selected to give up his seat. When he refused, he was thrown against the armrest before being dragged, bloodied and screaming, up the aisle and off the plane. This whole event was proven by witnesses and numerous videos and photos posted online. The passenger suffered a concussion, a broken nose, and lost two front teeth.

Let's be clear here, it was not United employees who removed the passenger. They called the security at Chicago's O'Hare International Airport, who chose to be physical with the passenger. Somehow the Chicago aviation officer who chose to use excessive physical force has not received the public backlash he deserves. However, it was United that overbooked the flight to maximize revenue, and it was United that has a policy that standby crew members take priority and can bump full-paying passengers.

Why do some CEOs make bad things worse?

Clearly what happened on the United flight was pretty bad. The logical thing is to apologize profusely, find out why your employees thought that was a reasonable way to treat their customers, and fire some people. That's not what United did. United CEO Oscar Munoz made matters worse by issuing a widely ridiculed apology for having to "re-accommodate" the displaced customers. If that wasn't bad enough, he then sent an internal communication to employees, defending the airline's actions and describing the passenger as "disruptive and belligerent." Really?

Losing a billion dollars will definitely make you more sorry

Once the videos started to circulate all over the Internet and after United's stock dropped about 4%, which is $1 billion of market value in a few hours, Munoz finally improved his position by calling the event "truly horrific." In the statement, Munoz has pledged a full review by April 30 to fix what is broken so this never happens again. "I want you to know that we take full responsibility and we will work to make it right," Munoz said in the statement. "I promise you we will do better." He also promised that United is looking into how it moves crews and deals with oversold flights, as well as how it works with airport authorities and local law enforcement.

Because of how incredibly badly United handled this situation, and Munoz taking three tries at offering a true apology, there has been a tidal wave of public backlash. United is now the best punch line on social media, talk shows, and even by their competition. #NewUnitedAirlinesMottos was a top trend on Twitter, with users suggesting slogans such as "Not enough seating, prepare for a beating." Or this: "Southwest. We Beat the Competition. Not You."

United, and more importantly Munoz, needed to take full responsibility, figure out exactly what went wrong, and create a process so it will never happen again. This is one of the "X Commandments" of The DiJulius Group. One of the most critical is VII, Zero Risk, which is where you anticipate your service defects and have protocols in place to make it right.

John R. DiJulius III is the author of The Customer Service Revolution and president of The DiJulius Group, a customer service consulting firm whose clients include Starbucks, Chick-fil-A, The Ritz-Carlton, Nestle, PwC, Lexus, and many more. Email him at john@thedijuliusgroup.com.

Consumer Experience News, Views, and Reviews: September 2022
The Answer Is Yes. What's the Question?
Sponsored
Shipley Do-Nuts Brews Up Big, Bold Moves to Drive Franchisee Success and...
Is Training Employees on Customer Service Really Necessary?
Do Your Employees Really Know How to Listen to Customers?
Customer Service Tactics That Stand the Test of Time for Customer Retention