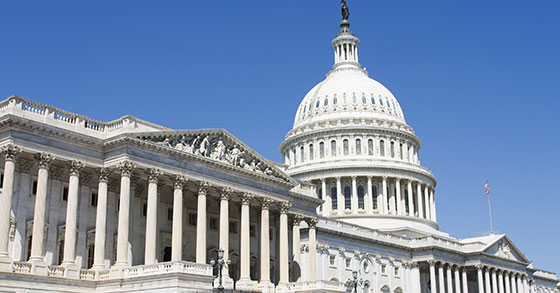 Fastsigns franchisee Clint Ehlers is taking a stand in support of the franchise industry at this week's U.S. Chamber of Commerce event, "The National Labor Relations Board (NLRB) and the Joint-Employer Standard: New Interpretations, New Liabilities and the Impact on Other Statutes."

Ehlers owns and operates Fastsigns locations in Lancaster and Willow Grove, PA. This isn't his first time to speak up about the issue. He previously took a stance against the ruling in an appearance on September 9, 2014, testifying before Congress against the "joint employer" decision, with Catherine Monson, CEO of Fastsigns International.

As a pervasively critical issue within the franchise industry--among franchisors, franchisees, and employees alike--the NLRB's ruling on the Joint-Employment Standard will be addressed by Ehlers at the March 20th event, including the threat to locally-owned and operated franchise businesses across the nation that provide incredible value to communities by providing jobs, products/services, and sales tax revenue.

Ehlers uses the Fastsigns brand name and its systems, but owns and manages his two locations, including employee hiring practices and wages. He says, "I bought a franchise so that I could fulfill my dream of owning my own business. I benefit from the ability to hang the Fastsigns name on the outside of my building, but I make my own decisions on day-to-day operations, including the hiring, salary, and benefits of my team. Fastsigns is a franchisor of the brand, not a joint employer for my business or any of the other 570-plus locations worldwide."

The implications of the legislation being discussed have consequences that can fracture the very foundation of the franchise industry, an economic engine that is a key contributor to growth and production in the United Sates. In fact, the industry employs 11 percent of the workforce and is forecast to add 247,000 new jobs in 2015, a 2.9 percent increase over last year, with an economic output of $889 billion. To stifle the industry would have devastating effects on the U.S. economy. As the number of franchise establishments in the country is projected to grow by 1.6 percent in 2015, the franchise sector will contribute about 3 percent of the U.S. GDP this year. With industry operations under scrutiny, so is the productivity of one of the country's most effective business sectors.

"Franchising is a proven business model that helps thousands of Americans achieve the dream of business ownership," says Monson. "The issue at hand is the amount of influence that a franchisor has on a franchisee's employees. Franchisors provide the brand, systems, training, and marketing to the franchisee through a legal agreement. The franchisee is then responsible for the hiring, wage rate, methods and timing of payment, HR processes, discipline, supervision, promotion and direction of their employees."