If You Aren't Offering Vegan Food Options, Maybe It's Time 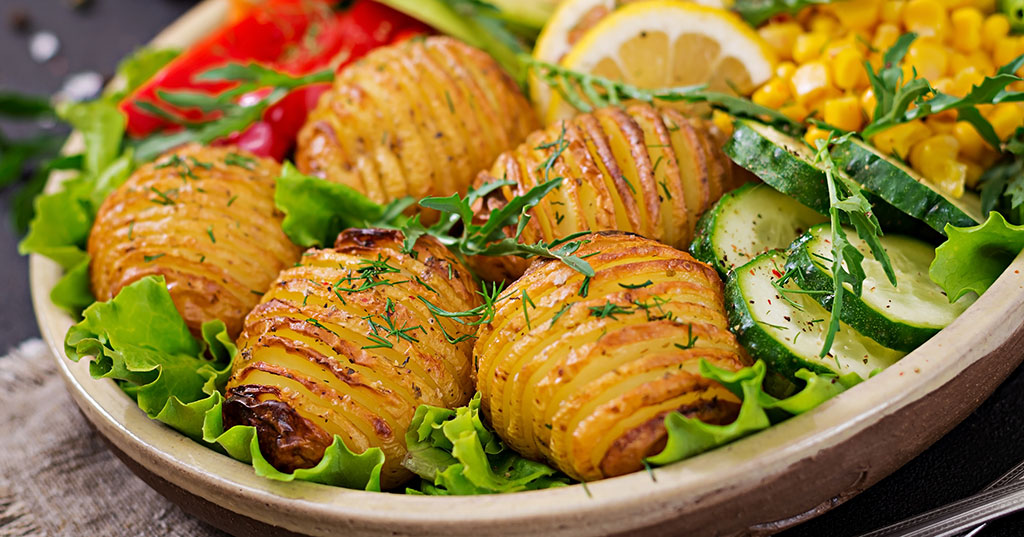 Fast food and fast casual brands in the U.S. are finally starting to adopt vegan, or plant-based, food options on their menus. And they have a very good reason to do so. When it comes to the meatless protein marketplace, a study conducted by Allied Market Research predicts the global meat substitute market is expected to attain revenue of $7.5 billion by 2025, with a CAGR of 7.7% (2018-2025). And according to recent statistics, plant-based food sales increased by 8.1 percent in 2017.

If these figures don't make fast food, restaurant, and grocery businesses think again about adding vegan and plant-based protein options to their offerings, there is nothing else to say. But for those who see the trends and understand the difference between a one-and-done trend versus a lifestyle movement, accepting the change in global tastes and values will make their brands more appealing to a growing vegan and vegetarian customer base.

Further proof of the change in diet choices in the U.S. comes from a 2017 report, "Top Trends in Prepared Foods." According to the report, in 2014 just 1 percent of U.S. consumers identified as vegan. In only 3 years, that number jumped to 6 percent.

If you stroll down the frozen food section of most grocery chains these days, you will see gluten-free pizza, breads, and prepared meals. Not just a few -- a lot. In fact, I recently noticed several gluten-free frozen meals sold under the well-known Stouffer's brand, Lean Cuisine. I mention this because just a few years ago virtually no prepared meals were gluten-free. As consumers become more particular, brands must respond. But while going gluten-free is mostly a medical or health-related diet choice, going vegan is more of a conscious, ethical, and committed lifestyle.

Studies in the U.S. and across the world show that more and more adults are choosing to become vegetarians or vegans. The reasons are varied and include a desire to move away from eating animal products that may involve animal cruelty; eating a healthier diet that is low in fat and additives often used in animal-based food products; and the hope that producing less animal meat will help the environment by reducing carbon emissions and minimizing the impact on rivers and streams through animal waste run-off. Additionally, many cite the impact of deforestation globally when forests are cut down to create grazing land for animal production farms. There are other reasons consumers turn to plant-based diets. But whatever the reason, most researchers seem to believe this is a major shift in global consciousness, and thus in consumer behaviors and choices.

If you need more proof, arguably the most recognized fast-food brand in the world, McDonald's, is already serving a McVegan burger in Europe, specifically in Sweden and Finland. In the U.S., more brands are jumping on the veggie bandwagon. According to foodie website delish.com, all of these food brands offer vegan options: Au Bon Pain, Chipotle, Domino's, Taco Bell, Burger King, Wendy's, Quiznos, Panera, McDonald's, Carl's Jr., Auntie Anne's, and more. Other restaurant brands offering vegan alternatives include TGI Fridays with its vegan Beyond Burger; White Castle with a veggie burger and black bean sliders; Denny's, serving vegan Amy's burgers as part of its Build Your Own Burger offering; and Kona Grill offers a separate vegan-only menu.

There are many other food chains with vegan options, and it seems that every day there is a new food chain sending out a press release about their decision to offer vegan menu options.

[Editor's Note: Even Tyson Foods, which produces 20% of all the meat consumed in the U.S., including supplying McDonald's, Burger King, and Wendy's, is embracing the vegan trend. In the cover story of a recent (Aug. 20) issue of Bloomberg Businessweek, Tom Hayes, Tyson's CEO, discussed the plan to "shift his company from a grower and processor of meat to a producer, broadly, of proteins," according to the article. He also discussed the company's investments in companies providing alternatives to traditionally produced meat, both cell-grown and plant-based.]

As a public relations agency specializing in franchise brands, I can give even more compelling reasons for adding vegan alternatives: there is a huge upswing in Google searches for terms like "plant based," "vegan," and "vegetarianism." Research company 1010data revealed that searches for the term "plant-based" tripled from 2016 to 2017 and purchases of plant-based products online increased 2.7 times in the same period.

The data is clear: If you want to increase sales and gain new customers, seriously consider adding vegan and plant-based products to your restaurant or fast-food menu.

Heather Ripley is CEO of Ripley PR, a public relations agency specializing in franchising, and Orange Orchard, a division of Ripley that specializes in environmentally conscious, plant-based, and animal-friendly organizations and businesses. For more information, visit www.ripleypr.com or www.orangeorchardpr.com.