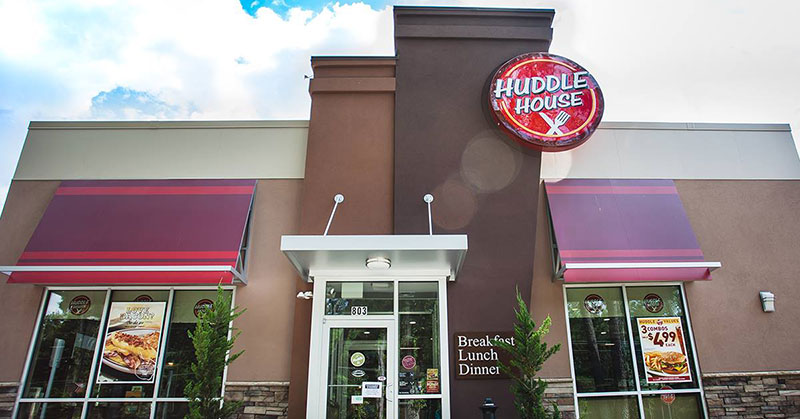 Eight current Huddle House franchisees have taken advantage of the brand's limited-time incentive program to commit to opening 10 new restaurants. One of those seizing the opportunity was multi-unit operator Mike Lokhandwala.

He first added Huddle House to his investment portfolio in 2016 with a location in Valdosta, Georgia. Lokhandwala chose to utilize the incentive program and further expand his Huddle House portfolio by signing three additional locations in Florida.

"The servant leadership model within the executive team, from the CEO to the team operations and marketing development - it is phenomenal support," said Lokhandwala. "In addition, the unit-level economics are impressive. The key thing, I think, is the supply chain being in-house, which is a big plus."

The brand's incentive program was rolled out at its conference last July and awarded franchise opportunities with growth incentives of up to $70,000 to qualified existing franchise partners through the end of December. During those five months, eight of the brand's current franchise partners took part in the program to grow their portfolio of restaurants, adding a total of 10 additional restaurants to Huddle House's roster.

Huddle House looks to build on the momentum it has achieved in recent years, including 24 months of same-store sales increases and an 88 percent growth in signed agreements from February 2014 - February 2016. New restaurants are currently under construction to open soon in Fort Worth, Texas; East Orange, New Jersey; Jackson, Tennessee; Willis, Texas; Lubbock, Texas; Owensboro, Kentucky; and Gainesville, Georgia; with an additional 35 locations in development.

Officials say the brand is pushing hard for growth and plans to open an additional 100 restaurants over the next five years in key markets throughout the eastern U.S., and into DMAs such as Dallas, Charlotte, Orlando, Pittsburgh, Nashville, and Cincinnati.

Yes, Franchising Is for the Young!
Site Selection: Other Factors To Consider
Sponsored
American Freight Grows Team, Adds Vice President of Franchise Development
Space Is the Place: Breaking Ground is Hard to Do in 2017
Do Your Managers and Employees Love Their Jobs?
Supply Chain Management as a Franchise Sales Tool