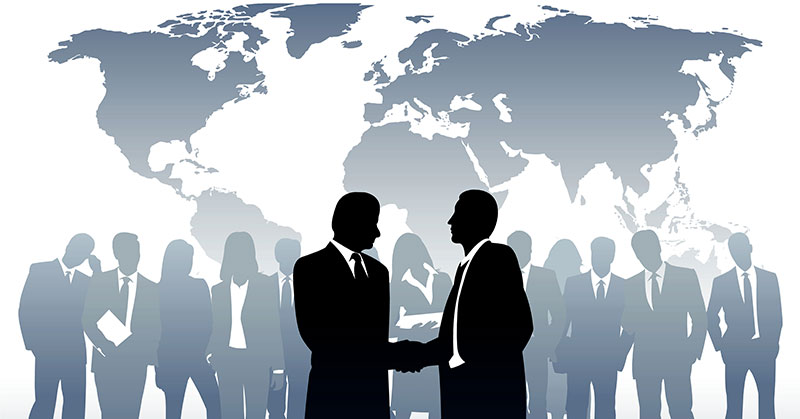 Smaller franchisors often approach international franchising opportunistically, rather than strategically. Either way, they should hardly ever dismiss outright the chance to expand internationally. International expansion can surely be risky, especially with smaller systems, but with proper preparation, many of the risks can be minimized, and - if all sets of eyes are wide open - the risks can yield great opportunity for both sides of the transaction. Apart from the many business considerations, there are key legal issues that affect both franchisor and franchisee, each of whom could very well thrive in the kind of entrepreneurial environment inherent in smaller systems.

Trademarks. Trademark ownership is established jurisdictionally. In other words, ownership of a mark in the United States doesn't automatically translate into ownership of the same mark elsewhere. In the U.S., the trademark owner is generally the first to use it, but in most other countries, the owner is the first to register or apply to register the mark. Because of this difference, franchisors should take steps to protect at least their core trademark in the target country before beginning serious conversations with prospects. For their part, prospective franchisees should avoid compromising the franchisor's ownership of its marks but, in due diligence, should investigate the franchisor's efforts to acquire ownership of its marks in the country where the franchisee will operate.

Local franchise laws. Although the FTC Rule will not typically apply to an international transaction, more than 30 countries outside the U.S. regulate franchising within their borders: from requiring registration of the franchisor to mandating a pre-sale disclosure process; and by affecting the parties' relationship, especially around renewal or termination. Franchisors should investigate and take steps early in the process to ensure compliance, but both parties must consider the impact these compliance requirements will have on deal costs, timelines, and negotiations.

While both structures carry benefits and risks, for smaller franchisors that can't afford to divert sparse and much-needed resources at home, master franchising is often the logical - and only - choice. For the franchisor, having a carefully crafted master franchise agreement and maintaining control over the form of unit franchise agreement will be critical to achieving the benefits without losing control over its brand. Franchisees, regardless of the program structure, will want to ensure that the agreement is fair and doesn't unduly burden its activities or risk its investment in the brand.

Withholding taxes. Most governments assess a withholding tax on royalties and certain other amounts paid across borders. Withholding taxes, while relatively small (the amount of the tax can vary, but treaties between the U.S. and many foreign governments commonly establish rates on royalties at 10 to 15 percent), can have a big impact on the parties' bottom lines, particularly in master franchise arrangements where the fees paid by unit franchisees are split between the franchisor and master franchisee. Who bears the impact of withholding taxes is an important discussion point. Franchisors will want to include a "gross-up" provision so they receive the amounts they would have received had the withholding tax not existed. Franchisees, on the other hand, may argue that a gross-up requirement is unfair because the franchisor may be eligible to receive on its U.S. taxes a foreign tax credit equal to the amount of withholding taxes paid. In either event, both the franchisor and the franchisee must clearly understand the impact of the withholding tax and a gross-up provision on their respective bottom lines, and on the financial viability of their respective endeavors.

Resolving disputes. The interplay of often competing laws of various jurisdictions can create challenges when either party seeks to enforce the contract against the other. While neither party wants to consider a worst-case scenario during the negotiation process, both parties must understand and plan for the impact of the other party's local laws and the availability of international arbitration and multilateral treaties to provide certainty and clarity with respect to how and where disputes will be resolved.

Don't miss out. With careful planning and the assistance of experienced franchise counsel, going international does not need to be overly burdensome - and should be as much of an option for smaller franchise systems as it is for larger, more established systems.

Michael Daigle and Samuel Wieczorek are attorneys with the Chicago law firm of Cheng Cohen LLC. Contact them at michael.daigle@chengcohen.com, samuel.wieczorek@chengcohen.com, or call 312-243-1701.