Largest Singly-Owned Domino's Franchisee in the U.S. On People And Success 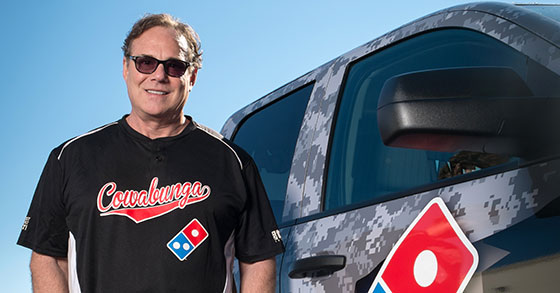 Mike Orcutt has experienced franchising from both sides of the fence. First as a corporate executive for Domino's and, since 1990, as a Domino's franchisee. He admits he was a "little nervous" about how the managers of the nine Atlanta pizza stores he purchased would welcome their new boss. Orcutt gathered the group in a small hotel meeting room and gave them their first assignment: name his new company.

"I said, 'You are the ones who are going to have to make it work. So let's come up with something that we can be proud of and have fun with,'" recalls Orcutt, a self-described quick decision-maker. The managers brainstormed some 200 monikers before selecting Cowabunga, Inc.

Orcutt, who previously led U.S. store operations for the country's second-largest pizza chain, tacked on "Team" to the front of the name and never looked back. With 101 stores, Orcutt operates the largest singly-owned Domino's franchise in the U.S.

His passion for business starts with people. "We want the word 'team' in everything we say," he says. "Not because we talk about team, but because to us, Team Cowabunga is about everyone having the commitment to do well."

The Team Cowabunga mantra, "To be the best, you've gotta beat the best," is paying off. The company has 1,700 employees and locations in three states (Georgia, Alabama, and South Carolina) and reached a milestone with the opening of its 100th store in late 2014.

With 40 years invested in the brand, Orcutt has a unique vantage point about what it takes to succeed in the Domino's system. He was just 16 when he started delivering pizza in Ann Arbor, where Domino's is based. A year later, he was named store manager, the beginning of a meteoric rise up the corporate ladder, which included a stint as Southeast regional vice president in Atlanta, where he would later return. Orcutt served as vice president of field marketing and on the corporate leadership team as executive vice president of U.S. operations. By 1989, with three children and a heavy travel schedule, he was primed for a change.

"Corporate life is great fun and glamorous on someone else's dime, but I really wanted to be in an equity position," says Orcutt, now 58. "I wanted to be a business owner and have an ownership stake in what I do. That was always my ambition."

These days, Orcutt is hard at work growing his team and organization, which is based in Alpharetta, Ga. Cowabunga is in the midst of a chain-wide initiative to reimage Domino's with a more guest-friendly design, open kitchen, and new technology. He also has plans to add 10 to 20 stores annually. Although he never set a goal for a specific number of stores, Orcutt says that when he realized how close he was to reaching the century mark, he "got this surge of energy to make it happen."

Orcutt also continues to build internally with a corporate culture and core values focused on customer service, based on the Fish! Philosophy of Seattle's famous Pike Place Fish Market. "We have a laser focus as a company," he says. "Our laser focus now is to be the best in class in the people funnel--and in the way we handle people." 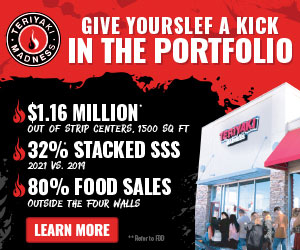