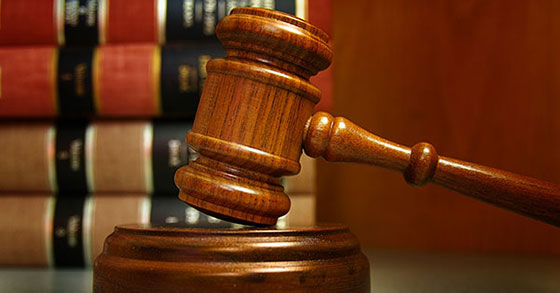 Every day my husband and I make decisions that affect the lives of 450 people and their families. It's a lot of responsibility but above all a labor of love. It is all part of being local franchise owners and living our American dream. The franchise model has been a gateway for millions of people over the years to achieve small business ownership, many of them from racial or ethnic minority groups. It is important to not only preserve, but to strengthen this business model.

My husband came from Grenada and worked for the UPS for over 20 years. As a young man, he had the foresight to invest in a property in Brooklyn that grew in value over the years. Blessed with some money when we sold it, we considered how to invest our good fortune into a new livelihood and soon discovered that franchising was the way to go for us. We started with Subway sandwich shops, then added Dunkin' Donuts and Popeyes Chicken and Biscuit but migrated to casual sit-down dining that did not include alcohol. The folks at Golden Corral shared our values and this began our journey to ownership, which ended with seven Golden Corral locations, five in Kentucky and two in New Jersey.

Franchising is a unique business arrangement. Golden Corral provides a known brand that includes a logo, advertising and marketing, and specifications on everything from the 160-item buffet/salad bar to the The Chocolate Wonderfall fondue dipping fountain. Instead of the challenge of starting a business from scratch, with franchise ownership our customers know what to expect when they walk through our doors.

Just the same, we are the bosses in the best sense of the word. We recruit, hire, and train our staff. We are responsible for maintenance and watch the receipts so we can compete in our local community marketplace. We are responsible for schedules, wages, and encouraging the members of our team to do their best work. It has been a pleasure to see people grow professionally. In fact, we have now employed the children of our employees and many see working for us not merely as a job but as a career.

This small business franchise model, which has worked so well for my family and other minority entrepreneurs, is in danger of being upended. The National Labor Relations Board (NLRB) is trying to change the definition of "joint employer." This is more than just a technical issue. If Golden Corral is considered a joint employer, my husband and I would lose control over the day-to-day issues at our restaurants. If Golden Corral and their locally-owned franchise owners morph into one big employer, we could lose our restaurants - and with it the hard work and money we've put into them - altogether, as Golden Corral could be forced to assume direct control over the day-to-day operations of our restaurants. This would be a tragedy for us and our employees because they are not just part of our businesses, but part of our family.

I also worry about aspiring entrepreneurs who might be looking at owning a franchise themselves. Why would men and women looking at franchising consider it if the core of what makes it a proven and workable business model is removed? This would prevent jobs from being created and businesses expanded, in an industry that has been growing faster than the general economy in recent years.

These challenges will have a negative impact on the independent, entrepreneurial spirit that has helped fuel America's growth and economic recovery, and has paved the way for thousands to achieve their dreams of running their own businesses and serving their own communities.

Driving by Data - Manage with Metrics for Recruitment Success
How Covid-19 Proved the Strength of Christian Brothers Automotive's...
Sponsored
How to Turn Your Team into a Competitive Advantage
Strategic Planning Is The Compass For Your Business
NPC International's Restructuring Offers Leases For 163 Pizza Hut Sites In...
Navigating a Reopening Plan in the Wake of Covid-19

Ziggi's Coffee
There's nothing quite like the perfect cup of coffee. It wakes you up and gets you on the right path. Now, you've got the chance to build a lifestyle...
Cash Required:
$100,000
Request Info
Added
Learn More
Ledgers
Ledgers offers an umbrella of professional services individually tailored to address small business’s challenges and opportunities.
Cash Required:
$50,000
Request Info
Added
Learn More
Share This Page