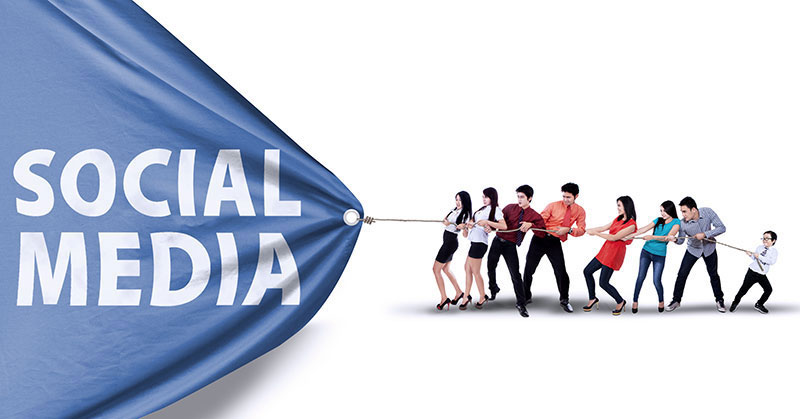 Instagram now reports more than 600 million active monthly users (100 million of whom have joined in the past 6 months). Snapchat, Instagram’s most direct competitor, has about 150 million. Supported by its parent Facebook, Instagram rolled out new feature after new feature in 2016. Like Facebook, the service now uses an algorithm to order the content in user streams. Other features introduced last year included Stories, Business Pages, and Live Video. Fifty-five percent of all 18-to-29-year-olds in the U.S. use Instagram. Twenty-eight percent of Instagram’s user base is 30 to 49, with another 11 percent aged 50 to 64. Younger users still love Instagram: disappearing photos and video are very popular with this group. Marketers are equally happy with the platform: its refined feature set and wide demographic reach make it an obvious strategic choice for all kinds of brands.

Twitter Moments: What They Are and How To Use Them for Your Brand

“If you’re not yet familiar, Twitter Moments is a feature that allows users to collect, curate and stitch together a collection of tweets to create a slideshow-like message,” explains Cynthia Cavoto on Fire Brand Social Media. For businesses, she adds, this provides “a whole new opportunity for engaging with customers and prospects about a certain topic and sharing stories in a much more dynamic and interactive way.” She presents a list of 7 how-to steps to use this feature to engage with customers, as well as tips on how to use Moments for business marketing.

This article presents an interesting dive into how a particular brand is using Twitter and Facebook well. “Using Analyze, I considered how Huggies performed on Twitter and Facebook during the period between 1st October – November 30th 2016,” writes Darsana Vijay on Unmetrix. Here’s some of what she found. While its reach on Facebook (1.3 million) is orders of magnitude greater than its Twitter presence (82,000), Huggies has developed a careful and systematic approach to social media customer service in both places – and gets a lot of positive feedback and attention. The not-so-secret sauce to the brand’s success is great customer service, carefully thought-out content, and professional promotion of that content.

Face-to-Facebook: CEO Zuckerberg Plans To Visit All 50 States in 2017

Facebook CEO Mark Zuckerberg plans to hit the road big-time in 2017 to meet actual people and find out in person how Americans are “living, working, and thinking about the future,” he said in a post. The move follows a U.S. presidential election where Facebook, along with other social platforms, took heavy fire (justified or not) for its role in propagating “fake news,” giving rise to the nickname “Fakebook” for the online giant. Zuckerberg has often seemed defensive about Facebook’s responsibility for the viral spread of fake news. He is also believed to be considering a move into politics in the future. A successful 50-state listening tour, accompanied by his wife Priscilla Chan, could be just the experience he needs to make the transition – or at least get a broader sense of what Americans have to say about their future.

Daniel Lieberman helps companies, organizations, and individuals use the Internet to communicate, market, and brand themselves using the most up-to-date tools and techniques. Based in Shelburne Falls, Mass., he also is the founder and CEO of Spelt Gourmet, the home of creative wheat-free cooking. Visit danieljlieberman.com or contact him at 413-489-1818 or daniel@danieljlieberman.com.

Great Customer Experience Brands Outperform - in Any Economy!
Consumer Experience News, Views, and Reviews: November 2022
Sponsored
MassageLuXe Redefines the Meaning and Success of a Membership-Based...
5 Customer Service Superstars
The Advantages Of Being A Grudge Buy
Burned Out? How Are Your Customer Service Reps Feeling These Days?