What the NLRB's Joint Employer Position Means for Franchisors 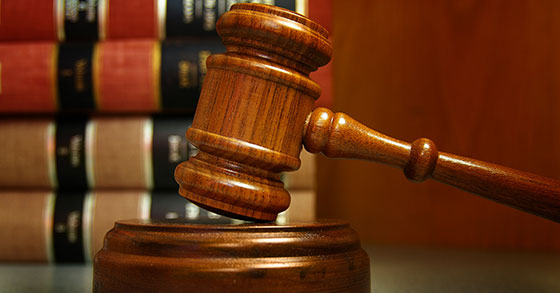 On July 29, 2014, the General Counsel of the National Labor Relations Board (NLRB) announced in a very brief statement that he was authorizing the issuance of formal unfair labor practice complaints against McDonald's and some of its franchisees in 43 cases involving employees of the franchisees. Without explanation, the General Counsel stated that the complaints alleging violations of the National Labor Relations Act (NLRA) will proceed against both the franchisor and its franchisees as "joint employers" if a settlement is not reached. The General Counsel's statement has been labeled an "attack" on franchising and has led to uncertainty about what it means.

General Counsel's statement is not law

The General Counsel wants the NLRB to abandon a 30-year-old standard and adopt a new, broader standard for determining the existence of joint employment status for purposes of the NLRA. But despite his statement, no decision on the merits of his position has been made, and it will be some time before the issue is finally resolved. If the McDonald's complaints do proceed, a trial will be held before an NLRB administrative law judge whose decision can then be vetted through a series of appeals, first to the full five-member NLRB, then to a federal court of appeals, and ultimately to the U.S. Supreme Court.

Current state of the law

There is a common misconception that the NLRA applies only to workplaces with unionized workers. In fact, the NLRA applies to most workers in the private sector. At its most basic level, the NLRA protects employees' rights to unionize or join together to improve their wages and working conditions. Employers may not interfere with these rights or discriminate against employees who seek to exercise them.

The current standard used to assess joint employer status under the NLRA focuses on whether the putative joint employer exercises direct control over employment matters. In late June 2014, the General Counsel submitted an amicus brief in Browning-Ferris Indus., 32-RC-109684, urging the NLRB to adopt a new joint employer test that would no longer distinguish between "direct, indirect, and potential control over working conditions," and would instead "find joint employer status where 'industrial realities' make an entity essential for meaningful bargaining."

Direct control over the following employment functions has traditionally been sufficient to render a putative joint employer "an essential party to collective bargaining": hiring; wages; employee personnel issues; the number of employees needed to perform a job or task; work hours, schedules, work week length, and shift hours, including overtime and break or lunch periods; employee grievances; safety rules and standards; production standards; job assignments and determination of job duties; work instructions relating to the means and manner to accomplish a job or task; employee training or establishing employee training requirements; vacation and holiday leave and pay policies; and discipline and discharge.

Franchisors have generally left these functions to franchisees, instead imposing controls vital to the brand and franchised system. But the General Counsel's position in Browning-Ferris is that even control over one of the enumerated employment functions can be sufficient control to find joint employer status. What's more, the control need not be direct, substantial, or actually exercised.

It remains to be seen whether the NLRB will reverse its longstanding joint employer standard and adopt the view the General Counsel is advocating. It is also unclear what impact the NLRB's position will have on other employment-related statutes (for example, the Fair Labor Standards Act, Title VII, and various state laws). Even if the NLRB's standard were to change, that will not make it the absolute standard by which joint employment is measured for all employment laws. Courts and different agencies apply different tests in examining joint employer status, and irrespective of the test used, the analysis will be driven by the specific facts of each case.

What is clear for now is that the General Counsel seeks to blur, if not erase, the lines of control that typically exist in a franchising relationship to expand the reach of the NLRA to franchisors. Perhaps the expectation is that if franchisors are on the hook for wages and other terms and conditions of employment for employees of franchisees, those employees might be able to obtain better wages, better benefits, and improved working conditions than they otherwise would receive from franchisees.

Meanwhile, franchisors should continue to be mindful of any control or influence they reserve or exercise over the franchisees' employees or employment functions. A past Cheng Cohen Alert discussed some relevant considerations for franchisors. In light of the General Counsel's recent and broad pronouncements of joint employment, franchisors will also need to revisit any required system-wide use of technology tools or software programs that go beyond protecting the franchisor's brand and into the realm of employment. Under the General Counsel's approach, control over any of the following can mean both joint employment liability and vicarious liability for franchisors:

Since some of the "controls" identified by the General Counsel concern information that may be quite beneficial to a franchisor, a risk-reward analysis should be done before avoiding the collection of all of the information altogether. While overreaction to the General Counsel's position at this stage should be avoided, it is never too soon for a franchisor to review its practices and plan ahead.