Why Your Franchise Sales Process Is a Disaster, Part 2 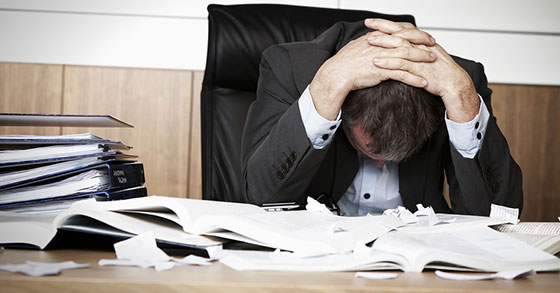 <Editor's note: This is part 2 of a serialized version of a recent e-book from Franchise Performance Group called Why Your Franchise Sales Process Is a Disaster: What a breakthrough franchise sales process looks like. For Part 1, click here.>

The way candidates buy franchises has changed significantly, and a lot of franchisors have been caught off guard, exposing flaws in their recruitment processes, skills, and systems. For instance, sometimes franchise sales people, especially less skilled ones, will tell us, "I don't even want to talk to somebody unless they're qualified, they send in a financial statement, and I run a credit report." They have set up hurdles they want a candidate to jump over before they're even ready to have a conversation.

My business partner, Thomas Scott, typically responds, "I bet you only want to buy winning lottery tickets, too." Maybe that's the way it's always been done, but it's inconsistent with how people buy franchises today. A franchise sale, when it's done right, is a simple, friendly give-and-take of information: You give a little, you get a little.

And to the unskilled franchisor, it will look like the franchise candidate derailed the process, when the responsibility really is squarely on the franchisor's shoulders.

Start with the right relationship

I ask the franchise sales people reading this article to think about the last franchisee they recruited. At the end of the process, what was your relationship with the new franchisee? Did it feel like a buy-sell, transactional relationship? Or was it something different?

When we ask those questions most franchise sales people say, "You know, the relationship is actually more of a friendship. I was a trusted adviser, I was a facilitator, I was a friend, I was a confidant." Then when you ask them, "When's the last time you actually remember feeling like a sales person?" What they say is, "When people aren't buying." In other words, they only feel like sales people when they're employing typical hard-sell techniques that sales people pull out when the process is breaking down.

Joe Mathews is a founding partner of Franchise Performance Group, which specializes in franchisee recruitment, sales, and performance. This is an excerpt from his recent e-book. Contact FPG at 615-628-8461 or joe@franchiseperformancegroup.com.

New Book: "Franchising Strategies - The Entrepreneur's Guide To Success"
How Express Employment Professionals Works with Franchise Brokers
Sponsored
Pizza Factory Rounds Off Q3 Growth with Piping Hot Momentum
Just Getting Started? Sound Advice for Emerging Franchisors
Founders: When Is the Right Time To Franchise - and How Do You Know?
Finding the Right Spot for a Franchise is an Artful Science