Workplace Communication: Where Has All the Candor Gone?, Part 2 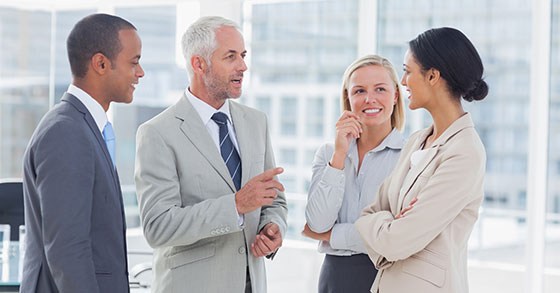 Editor's note: Part 1 appeared in the previous issue of this newsletter. The original article appeared on the Help Scout blog.

Hudl, a sports video software company based in Lincoln, Neb., has a system for feedback they refer to as #RealTalk. Playing off the slang phrase "real talk" (curt honesty), the team uses the phrase to denote when a conversation has taken a serious turn. It's a half-joking phrase used to inspire genuine candor among the team:

RealTalk, one of six values read off at the start of each Hudl retreat, plays an important role in the company, from use in hiring to performance reviews to product updates. It's written in emails, said out loud before feedback is given ("All right, give me the real talk..."), used in the company's HipChat room and, of course, mentioned by employees on Twitter. The phrase lets everyone involved know that calculated discussion about the craft is going down - sharp feedback is imminent, and you shouldn't take it personally.

Not every company has the type of culture that would benefit from employees adding #RealTalk hashtags to their emails and chat conversations, but the concept itself is fascinating. What essentially has been achieved is a "switch" that lets everyone involved know the discussion is taking a specific turn.

Imagine being in a debate with an employee where one of you is floundering about knowing what to say but not knowing how to say it. Asking for the "real talk" shuts this down and gives you the green light to be as honest as you need to be.

Leadership could emphasize a similar philosophy throughout the company culture so employees know that when it's time to talk shop, honesty and straightforward language is the name of the game.

Years ago, I had a college professor make a compelling argument on the nature of getting to the point that has stuck with me ever since: The calling card of dishonest talk is superfluous language. When a conversation is honest, it doesn't need the "sugar on top." When a point is being made in a roundabout way, fluff becomes a necessity.

Consultant Peter Bregman has an interesting take on putting this idea into practice. He argues that getting to the tough part of a conversation first is a helpful habit that promotes candor. Suspense heightens anxiety and only serves to make the entire interaction worse. From his Harvard Business Review blog:

"Next time you have a conversation you're dreading, lead with the part you're dreading. Get to the conclusion in the first sentence. Cringe fast and cringe early. It's a simple move that few of us make consistently because it requires emotional courage. At least the first time."

Cringe fast, cringe early, and then refocus the conversation on the solution - not to be demeaning, not to pick the employee apart, but so that the "damage" is done at the outset, and the plans for repair can begin immediately.

Ed Catmull, president of Pixar Animation Studios and author of Creativity Inc., says that when this sort of culture is achieved among a talented group of people, magic can happen. His team used to refer to the process as their "Brain Trust," but the goal was the same: to get to a place where one could hear honest, direct feedback about the work.

This is an environment that the most talented employees will seek out and thrive in. People will always be complex creatures, but teams with a common goal in mind can achieve unparalleled unity and camaraderie when they're able to bench their egos and make doing better work the supreme objective.

5 Trends That Will Shape Employee Work-Life Balance in 2023
Survey Says Guests Will Crave Connection, Value, and Convenience in 2023
Sponsored
MY SALON Suite Pursues Continued Franchise Growth as the Brand Reaches...
Autumn and Franchise Development Are in the Air!
Why the Pet Industry Is a Recession-Resistant Franchise Sector
Growing in a Recession: Managing Through an Uncertain Economy