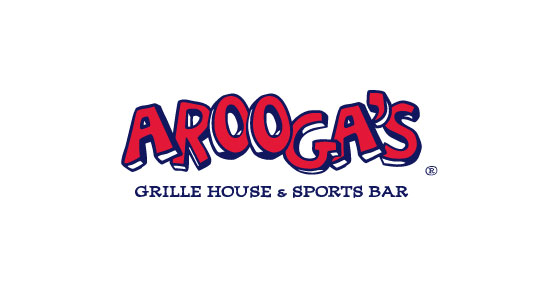 The JGJO agreement, under the direction of Joseph A. Alagna, Jr. and Stephan A. Stein, gives the Arooga's brand a total of 44 units, 10 corporate and 34 franchise locations, either built or under contract. Alagna and Stein are the principals of Joseph Gunnar & Co., the Wall Street brokerage and investment banking firm, and the general partners of Buttonwood, a private equity venture capital fund.

Alagna, chairman and CEO said, "We are thrilled to partner with Arooga's and are anxious to bring the exciting Arooga's experience to the Long Island, New York marketplace. We spent more than two years researching dozens of casual dining platforms and are convinced that Arooga's does it best."

Added Stein, a JGJO partner: "The Arooga's concept is unique in that it combines best in class entertainment technology, back of house technology and food and beverage in a family-friendly sports bar environment.  All cylinders are firing at Arooga's."

JGJO is positioned to hit the ground running as two of its limited partners, who will oversee daily operations, are seasoned former multi-unit general managers of a nationally prominent and successful casual dining restaurant chain.

Arooga's currently has nine - soon to be 10 corporate locations in Central Pennsylvania, and it opened its first franchise location in Uncasville, Connecticut adjacent to the Mohegan Sun Resort and Casino in March as part of a 15 location multi-unit agreement with the Mohegan Holding company.  In May, the brand announced a multi-unit franchise agreement with Jersey Wings Unlimited Inc. to open a minimum of six locations in the Monmouth, Middlesex and Ocean County areas of New Jersey.

Shakeaway
Shakeaway is a unique global company with stores popping up all over the world! Get involved in this fun, fast growing and profitable franchise now...
Request Info
Added
Learn More
Wayback Burgers
With 500+ restaurants in development worldwide, Wayback Burgers is America's favorite hometown burger joint and one of the world's fastest-growing...
Cash Required:
$200,000
Request Info
Added
Learn More
Share This Page