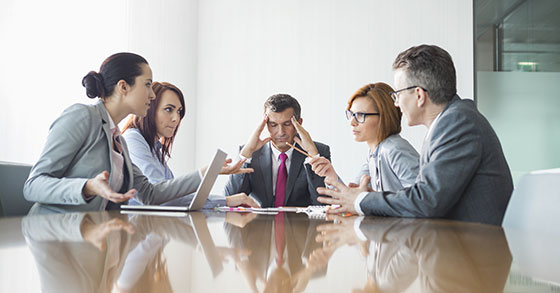 Coworkers must work together to be as productive as possible. It can be difficult at times. Here, Geoffrey James, author of Business Without the Bullsh*t: 49 Secrets and Shortcuts You Need to Know, outlines 10 different types of coworkers and explains how they can keep the peace and work better together "It's not difficult once you've spotted the behaviors," he explains.

Here are 10 of the most difficult coworkers and how to deal with them:

"Ultimately, the best way to look at irritating coworkers is with a sense of humor," says James. "Especially since your coworkers probably think you're pretty irritating sometimes, too."