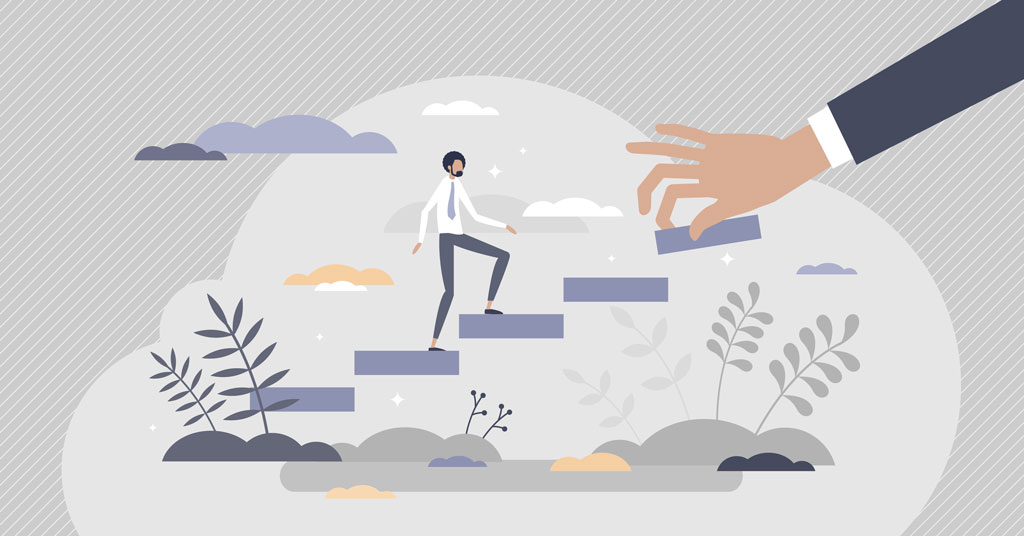 When I say “military-style coaching” most of us think of R. Lee Ermey, the ferocious U.S. Marine Corps drill sergeant in the 1987 movie “Full Metal Jacket,” as an example of a military coach. Ermey’s character was profane, demanding, and a picture of precision in basic military activities. He was not a picture of coaching. Fear and screaming are a way to teach basic military skills, but intimidation techniques rarely work as a path to develop higher leadership, initiative, and critical skill sets among employees.

True military coaching works great in any format, especially over video, and it is an amazing leadership technique for retaining and developing employees. One of my first memories of my time in the Army was sitting down with my immediate boss on a beautiful fall day at the Demilitarized Zone (DMZ) in the Republic of Korea. We discussed my background, my goals for the military unit I had to lead, and his standards of performance for key tasks my unit had to conduct for the unit to be successful. I left the meeting motivated, excited, and aware of the responsibility I had to the 35 people I led as I gazed out over the miles of fences, mines, and barbed wire that separated North and South Korea.

After about 30 days on the job, my boss and I sat down again to discuss my performance. The conversation began with an outline of what had happened in the first month as the new leader. My boss described what I was doing well, what I needed to improve on evaluated against the standards he had defined at our first meeting (he clearly had checked on my performance with my team), and what specific actions I needed to take to improve. Again, I left the meeting motivated, inspired, and noticeably clear on what I needed to do, what was expected of me to succeed, and the actions I needed to take to be successful.

I realized that my boss had given me the secret of one of the greatest tools to lead others: the military coaching session.

How to be a great coach

A great coach knows what they want from a team. More importantly, they tell the team in clear, simple, and direct language what they want, and those expectations do not change. Coaching to improve a team or to improve an individual is about matching a person’s performance to a clear standard and then telling that person how they must take clear, specific actions to improve. Standards have to be clear and consistent to develop their skills to the coach’s requirements.

2) Have frequent, quality, and immediate interactions focused on performance

Performance coaching is about small, frequent, and immediate meetings. Watch sports coaches in action during practice. They will be telling the players how to execute a play better, giving 15 to 30 seconds of advice to a player, pulling another player aside for 3 to 5 minutes, and then working with another smaller set of players more intensely for an hour. The secret to being an effective coach is to coach to each person’s needs in a manner that will improve their performance. Importantly, coaches provide feedback all the time, especially when recognizing when an employee has performed well.

3) Know how to give a compliment

When a leader says, “Excellent job,” or “Great work,” it appears as a compliment, but is it really? What was done well? Who did it well? A compliment is a verbal or written recognition of a specific and definable event, action, date, and outcome that an employee performed and that the boss wants repeated. When you give a compliment, slow down and clearly state who did the activity well, what was the business outcome, what was the specific activity that created success, and what was the standard of performance that others can understand and repeat. Giving a compliment gets attention. Use the compliment to develop and reinforce team and employee performance.

4) Coaches vary their approach, but not their standards

Genuinely great coaches find a way to reach every team member, but they do not vary in their exacting standards. When I first got to the infantry, my company commander kept me at the rifle range with some of the sniper instructors so I could become a great shot. I needed some extra work and my company commander, my coach, knew that I needed the extra work, and so I worked to get it right. His standards did not change. What changed was his approach, allowing me to get the extra instruction I needed to meet the standard.

Korea was a great first duty station for me. My lessons in leadership, training, coaching, and exacting standards served me incredibly well in future years in demanding combat zones. The secrets of military coaching were foundational to develop and lead others to even higher levels of performance: coaching to a standard; giving specific, actionable feedback to a clear standard; and developing improvement plans to become and remain a leader and coach.

Chad Storlie is a retired U.S. Army Special Forces (Green Berets) officer, an Iraq combat veteran, and has 15 years of university teaching experience as an adjunct professor of marketing. He is a mid-level B2B marketing executive and a widely published author on leadership, business, data, military, and technology topics. Contact him at chad.storlie@combattocorporate.com or 402-960-1350.

Partnerships Work Until They Don't
Recruiters: Why You Must Be a Trusted Advisor To Job Candidates, Too
Sponsored
Why The Habit Burger Grill Franchise Model Fits the Mold for Diverse,...
Being Properly Prepared for Discussing Complex Issues
Looking for Labor? 4 hiring strategies for franchise owners
Welcome to the Franchise Employer Report!

June 21-23, 2022 Marketing-Operations-Technology. Be a part of this ground-breaking new space for ideas, inspiration and networking for Franchise...
Learn More
Share This Page