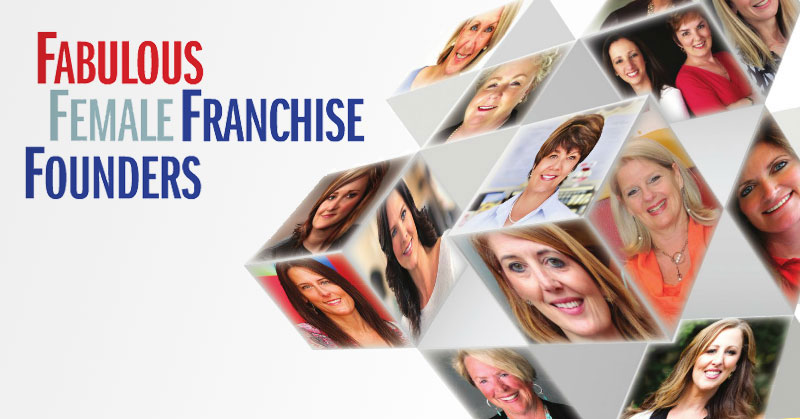 When the team at Franchise Update first floated the idea of highlighting female franchise founders, we didn't realize how many there are! Our list filled quickly before the day ended, and we continued to add more in the weeks that followed. But perhaps we shouldn't have been surprised. After all, we see successful women leaders in franchising all the time, both franchisors and franchisees.

Like most, we were aware of the more well-known women who founded franchise brands. (Quick: Name five!) But as we dug deeper, we began discovering how many women had pioneered their own businesses and turned to franchising to expand them across the country and, for some, around the world. But why should we have been surprised (other than historical bias, prejudice, and stereotypes that just won't fade away)?

Some well-known female founders are among our list, along with many more who aren't so well-known--but likely will be in the not-too-distant future. (Our sincere apologies to anyone we missed). Each has worked tirelessly not only to create a company built around a product or service they saw a need for, but also to spread their vision far and wide, creating tens of thousands of jobs along the way. They are proud of their companies, and despite years of sacrifice and sleepless nights, they wouldn't have it any other way.

While critical to success, the normal yardsticks (sales, units, territories, annual growth) don't shed light on human factors such as courage, determination, and the ceaseless belief in a dream. It takes a strong person to create, build, and sustain a business that began with only a germ of an idea and grew over the years, overcoming all the usual obstacles along the way--and then some. In their responses to our questions, women founders repeatedly mentioned two challenges, which if not unique to women, are problems they say most men don't face to the extent they did: 1) balancing family with leading and building a company; and 2) greater difficulty financing their dreams (a male banker told one of them to go home and raise her kids!).

We wanted to know more about these incredible women. What was it like for them in the early days? How did they transition from founders to leaders? What are their plans for the future? There was so much we wanted to ask... so we did.

We chose 15 brands, 2 of which were co-founded by women, for a total of 17 Fabulous Female Franchise Founders. Our goal was to provide a detailed, personal look into their journeys so far. We asked them about everything--from how they got started to their influences, mentors, keys to success, and advice for other women entrepreneurs seeking to follow in their footsteps.

We think you'll see their passion jumping off the pages as you read their stories about the people and events that shaped them--long before they sold their first franchise and then in the years that followed. Time and again they reveal how smart, savvy, and resourceful they had to be in overcoming challenges and making the most of the opportunities that came their way.

These remarkable women were generous enough to share their stories and their time, and we thank them. We hope you're as inspired as we have been in meeting them as we put this, our Annual Women's Issue, issue together. Courage! And kudos to all!

How Express Employment Professionals Works with Franchise Brokers
Just Getting Started? Sound Advice for Emerging Franchisors
Sponsored
Cannabis: The $25B Industry Is the Freshest Concept in Franchising
Founders: When Is the Right Time To Franchise - and How Do You Know?
Finding the Right Spot for a Franchise is an Artful Science
5 Trends Driving New Beauty Franchise Concepts